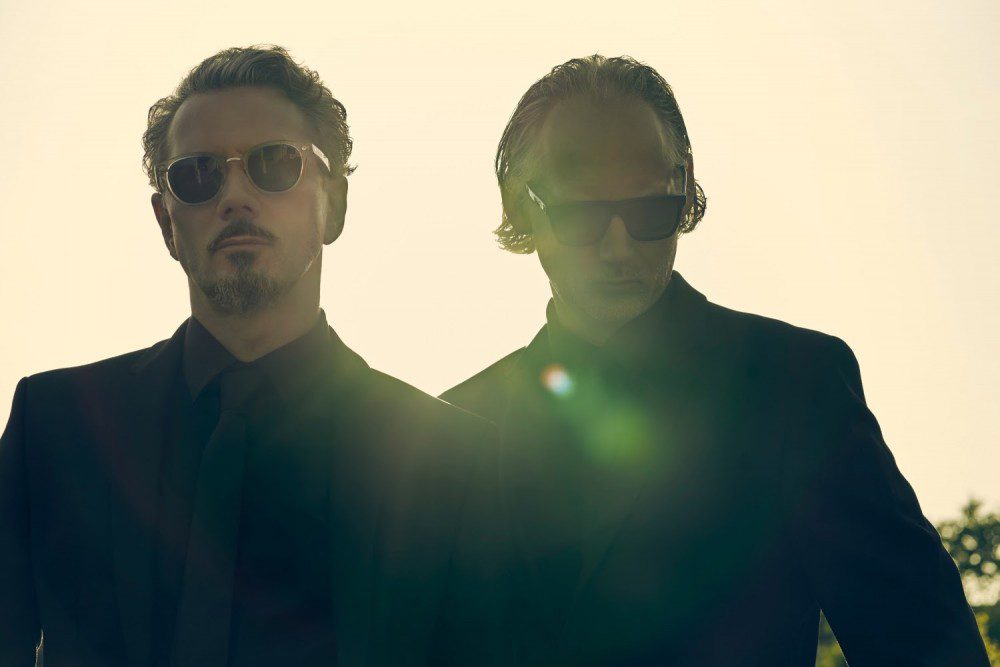 Legendary trip-hop duo Kruder & Dorfmeister have emerged from the depths to release their long-awaited album, 1995 on the 13th of November via G-Stone Recordings. The release was celebrated in a suitably mind-bending fashion with a free Virtual Release Party, offering the opportunity to participate in an immersive musical experience on a different level! Guests simply sign in using their personal email address and immediately receive an email confirmation. They are then free to walk in, assuming control of an Avatar, and navigate unique audio-visual spaces featuring visualizers, abstract landscapes and more!

Not long ago, after a box of unreleased DATs had been found in a Viennese basement behind the old G-stone studio 2, our heroes fell back through the music wormhole – into a smoke-laden room in 1995. The album was mastered by the esteemed Bernie Grundman (Steely Dan, Michael Jackson, Dr. Dre) and is their first album release in 22 years as they share memories thought lost in time. The duo are perhaps best known for their two stand-alone classics of The K&D Sessions and the DJ-Kicks.

Let’s take a step back, to the spring of 1995 where we’ll find Kruder & Dorfmeister emerging in a time for living in the studio and experiencing the joy of creating tune after tune. Appearing from the cloudy timewarp, the two are seen pouring a small part of their souls into an unknown album laden with the smoky haze. The duo pressed up 10 DAT copies of this mysterious album and gave 4 away to some suitably eccentric individuals while the rest were packed away for safekeeping. Time passed and the album lay in waiting before one day, an inconspicuous moving box was unearthed… And thus, 1995 was found again, a time capsule finding startling relevance in the current world.