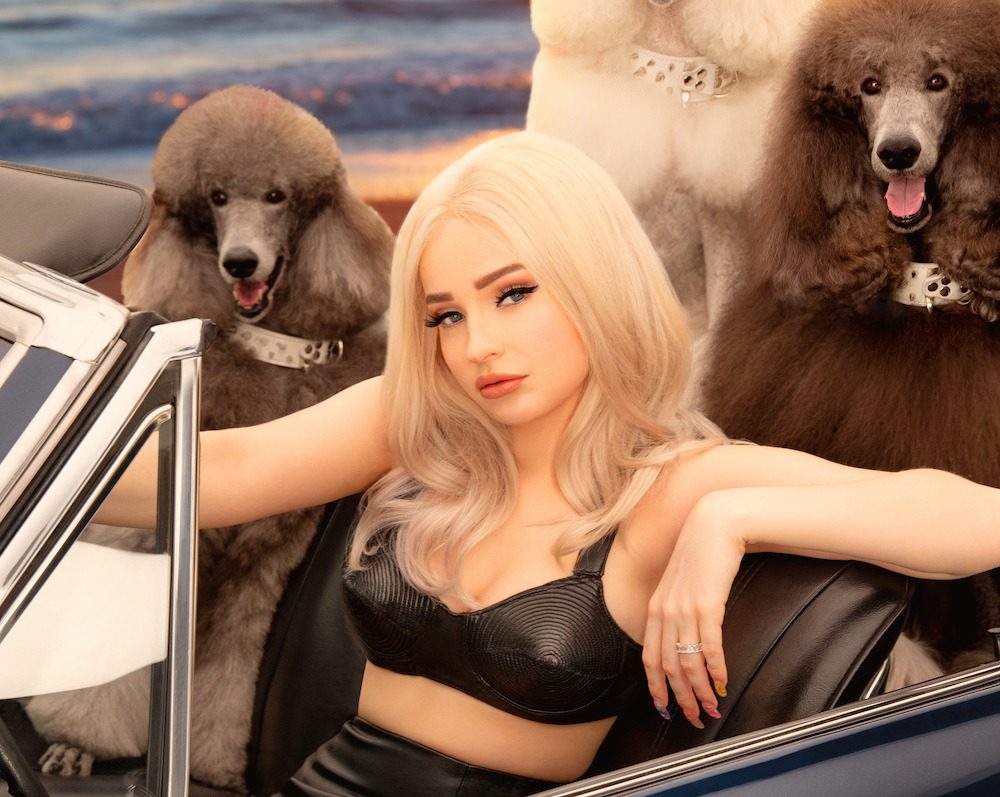 Kim Petras is excited. Like, she’s really excited. Ahead of the Thursday release of her new single, “Malibu,” she told SPIN so at least half a dozen times. She said so on Twitter, too, calling upon the faithful for their own contributions to the forthcoming video ⁠— which garnered over 5,000 submissions in return.

Those fans ⁠— Bunheads (named for their idol’s previous hairstyle) — have remained loyal to the 27-year-old pop star through a few years of loosies, a Halloween-themed EP (with a walk-on from Elvira herself), and 2019’s Clarity, the project Petras no longer considers her debut album (though Wikipedia does). “Malibu” is the first single off her long-awaited, not-yet-titled proper debut, which Petras described as a concept album different and more “cohesive” than any of her past works.

Bunheads are used to Petras doing things her own way. They love her for it. She’s never released music in a traditional manner. Even a pre-release interview feels a total course correction. Petras said the rather emotional Clarity was “all over the place, but with good reason because it’s all about feeling broken and scattered.” Still, the “project,” as she now calls it, spawned a 2019 tour and Bunheads turned out to see her perform songs from three wildly different phases of a still-young career. Fresh off that tour, Petras was scheduled to perform at Coachella and debut “Malibu” mid-set. But we know what happened there.

“Obviously, that got postponed, but I feel very happy I get to drop it at this time because right now is when people need a pick-me-up pop song,” she said nonchalantly. If something doesn’t meet expectations, she simply redirects.

For instance, an EP released in 2011 was quietly scrubbed from music services. Bunheads, respectfully, don’t even acknowledge that period. When Coachella was postponed, the singer threw a streaming fundraiser for LGBTQ nightclub workers, performing a cover of longtime-Bunhead Paris Hilton’s “Stars Are Blind.” (Hilton starred in Petras’ first music video, 2017’s “I Don’t Want It at All,” from back when Petras recalls only having “like, 10,000 followers.”)

The same goes for Malibu, the place. It (and we suspect, someone else) didn’t live up to her “fantasy,” so she turned her disappointment into “Malibu,” the song, a punchy mix of synth-bass squirts and tropical-funk guitar that lives up to its namesake, even if the real thing didn’t.

“The inspiration for it was kind of my imagination of Malibu growing up in Germany and never thinking I’d get there and once I got there, it was quite boring. It’s a beach and a bunch of rich people,” she said. Now, she has a single about a love that inspires that Malibu “feeling.”

After her ambitions for the music video were squashed by the coronavirus, Petras embraced fans’ own submissions. Aside from being a “great way to connect” with fans, “this just is the way it is right now,” she said. “I can’t go make the video I wanted to make, but this might be better.”

Listen to Kim Petras’ “Malibu” below: