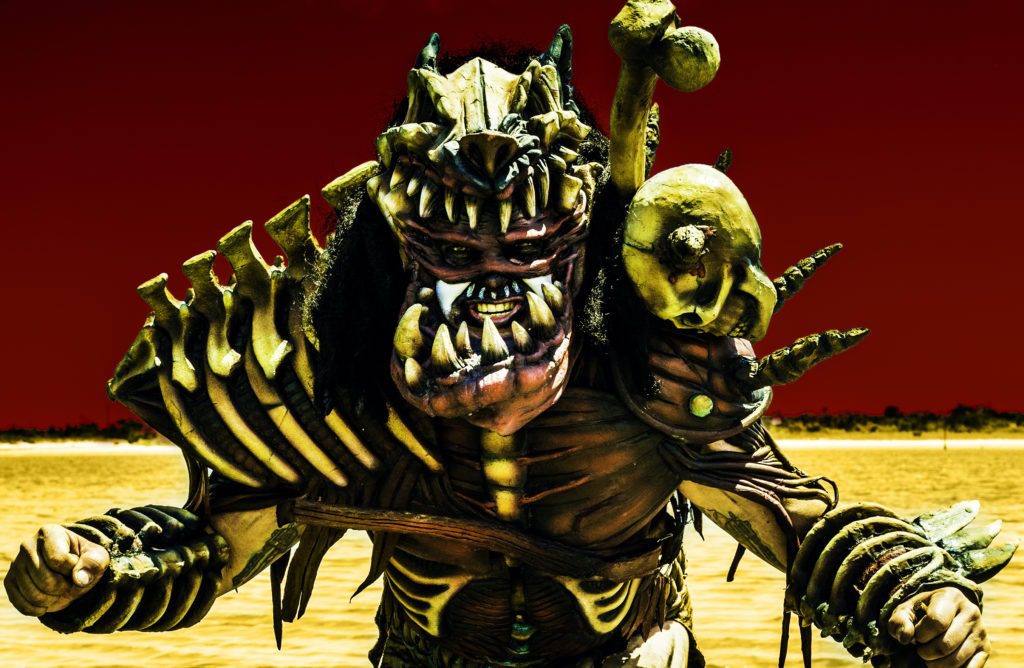 An online push to supplant the city of Richmond’s longstanding statue of Confederate Gen. Robert E. Lee with one of GWAR’s late frontman, Oderus Urungus, is gaining traction, with nearly 50,000 people endorsing the Change.org petition in just sis short days.

On Tuesday, SPIN spoke with the goo-splattering metal outfit’s drummer, JiZMak Da Gusha, who expressed enthusiasm for the idea.

“Why does everyone keep talking about this?,” JiZMak asks. “GWAR has no interest in these things. Obviously, Oderus deserves statues all over the world for his contributions to humanity, which are mostly slaughtering it. We just think you human beings are so funny, with your movements and opinions.”

According to JiZMak, none of GWAR’s members masterminded the Change.org petition, saying “GWAR doesn’t waste its time with such trivial things, like monuments.” Nonetheless, he tells SPIN, he will support the erection of an Oderus monument, should city officials fall in line.

“We’ll go along with it, I guess,” JiZMak says with a sigh. “GWAR supports all erections — let me say that first off. If it has to be a statue or a cuttlefish, that’s fine with us. Actually, I am erect right now, as we speak.”

According to the wording of the petition, “Robert E. Lee is a failed war general that supported a racist cause. For too long, the city of Richmond has been displaying statues of him and other loser Civil War veterans. We, the Scumdogs of the universe, call on the city of Richmond to erect a statue of great local leader Oderus Urungus in its place. While Oderus comes from the planet Scumdogia, he called Richmond his home, working with the local art community and employing local artists and ladies of the night.”

JiZMak agrees that, indeed, Oderus, who left this mortal plane in 2014, “was a patron of the arts” in Richmond, and that he’d much rather prefer his former frontman’s likeness sit atop Lee’s obelisk, saying, “it would be a better guy up there, and we’re talking about a guy — Oderus — who’s a senseless drug addict that slaughtered many humans, and I think he’s a better guy than Lee.”

But JiZMak is also looking at the broader picture.

“What I do like is that human beings have a tendency to have their movements and all their things, and I am looking at the inanimate object of Gen. Lee when I went down there the other day, and I’m like, ‘Well, look at this. This is now a great piece of art and it is ground zero for the Black Lives Matter movement,’” he explains. “Now, look at how the statue has changed its purpose — and throughout history, it’s been just a statue. It may have been erected for one cause but now, look at what it is representing for [the Black Lives Matter] cause. It’s only an inanimate object, and it’s only the people that give it its purpose and meaning.”

Were he still around, and not crossing the cosmos, JiZMak feels Oderus would have a lot to say about the current state of affairs in America.

“Even though he loved crack and killing humans, Oderus always had a very, very fair sense of justice. So, I believe he would speak well to this if he were still here and didn’t leave us on this mudhole planet for the stars. He would probably have a lot of poignant things to say, and he would probably be drunk when he said them.”