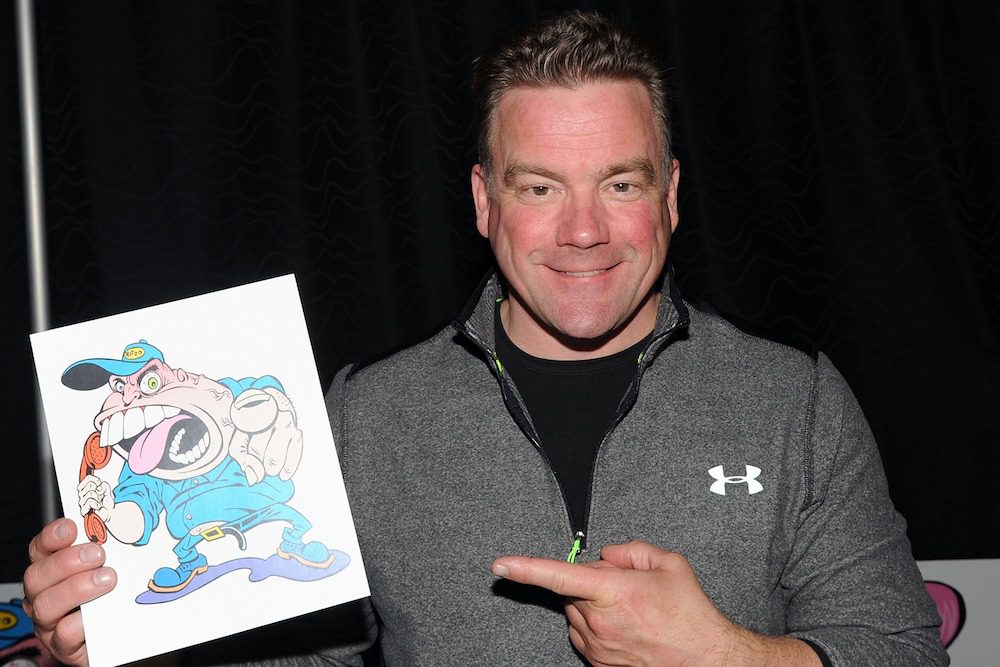 Listening to the first new Jerky Boys album in two decades, I was nearly in tears. But not from laughter.

I was sad in that mopey Generation X way where it suddenly hits you that 1990 was 30 years ago, even though it seems like yesterday. But you can’t stop the ‘90s nostalgia juggernaut. And so we now find the Jerky Boys, those most notorious of merry pranksters who raised crank phone calls to an art form during the Clinton years, back after a 21-year hiatus.

The good news: The new, self-titled Jerky Boys album is funny. But the kind of telephone theater that Jerky Boys creator Johnny Brennan perfected decades ago sounds dated in today’s mad world dominated by call centers, airtight phone scripts and people getting pissed when you call instead of text. In 2020, the human element has almost been entirely taken out of the telephone experience. It’s through this lens that The Jerky Boys works best — it’s almost a novelty to hear telephone conversations go on for minutes at a time.

When the telephone was the main source of connection and communication, the Jerky Boys thrived. Queens native Brennan grew up in a diverse neighborhood filled with all manner of accents and dialects. Recruiting his friend Kamal Ahmed, the duo wreaked touch-tone terror throughout the ‘90s, releasing platinum albums, a movie, an ad campaign for Anheuser-Busch, even a coffee table book. They were on MTV, interviewed by everyone from Connie Chung to Space Ghost. A then mostly-unknown band named Radiohead named its first North American album Pablo Honey after a Jerky Boys call. Slowdive also took inspiration from a Jerky Boys skit with the title of their album Souvlaki.

Critics lambasted the duo, and the same people who turned their noses up at the Three Stooges had the same reaction to the Jerky Boys. But if your sense of humor ran towards the demented or devious, you found a lot to love. Characters like the abrasive Frank Rizzo, through which many of the classic Jerkyisms like “Look, Jerky, I don’t need to talk to you!” and “milky licker” were introduced. There was Jack Tors, “a flamboyant homosexual man” who Brennan said was a favorite of RuPaul and Mariah Carey. (Brennan was cast in Carey’s “Honey” video, and according to Brennan, she named a pair of Jack Russell terriers Bing and Bong after a Tors expression.) There was Sol Rosenberg, a “frail, insecure, male middle-aged to elderly New York Jew.” Ahmed voiced two popular characters, the crotchety WWII veteran Kissel and the accident-prone Tarbash.

In 1997, Ahmed left the group and never spoke to Brennan ever again. I approached Ahmed on Twitter, asking what he thought of the new Jerky Boys album. His response: “It sucks. All of them suck since I left. He’s ruining our legacy. I’m a filmmaker now and actually don’t care what he puts out. I’m happy we made people happy in the ‘90s.” (I text Brennan later to see if he has any comment. His response: “I haven’t seen him in decades. I have always wished him the best.”)

Aside from the 2001 release of cult fan-favorite The Jerky Tapes and a 2007 album of ringtones and voicemails called Sol’s Rusty Trombone, Brennan has stayed busy with his voice-over work on Family Guy and selling Jerky Boys merchandise.

On the phone, Brennan is polite, and you can hear flecks of his Jerky Boys characters in his everyday speech. I ask him about Jack Tors. Is there a place for using a stereotypical character like Jack in today’s post-politically correct landscape?

“I have no qualms about Jack,” he says. “Jack is a very proud character. So the politically correct stuff has no bearing on my decision whatever on whether or not to include Jack on the new album. Most of my humor in these calls is self-deprecating. My fans know me as a person, and they know better.”

On The Jerky Boys, several of the calls are incoming from businesses following up on a customer interest lead. Fans will love this album, but in a COVID-weary world, can hear an underpaid call center employee dealing with Sol Rosenberg hiding in the bathroom from his iRobot, which has come alive and gone crazy with a knife, still be funny? Brennan, who’s sold millions of Jerky Boys records over the decades, thinks so.

“It’s a slightly different ballgame out there, but you still have the traditional Jerky Boys characters interacting with other human beings,” Brennan says. “In today’s world, you can still do the Jerky characters — you just gotta come in from a different angle.”

Brennan says fan demand led to this new album, which is available on all major streaming platforms. “I’m not getting any younger,” he says. “I have millions of fans all over the world. People have been asking me now for a couple of decades — Johnny, man, when are you gonna come out with new stuff? Seth McFarlane kept asking me every few years. So finally, I just was like, ‘Fuck it, I’ll do it.”

The result is The Jerky Boys, an album made for Gen X. The rest of the world won’t give a damn, and this isn’t really the Jerky Boys project to start with (I recommend The Jerky Boys 3). But to a certain crowd, it’s cause for celebration.

And as Jack Tors told us way back in the day, “The crowd seems to love this.”