It’s in the Stars: Edie Brickell on Her New Album 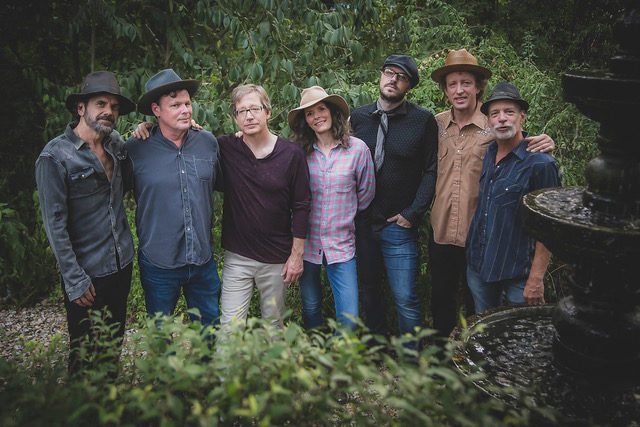 Celestial inspiration led to the latest Edie Brickell & New Bohemians album, Hunter and the Dog Star, which was released on Feb. 19.

“I was reading about the constellations Orion and Sirius. I saw this phrase, ‘Hunter and the Dog Star.’ It struck me as so beautiful and poetic,” Brickell tells SPIN. “They call Orion ‘The Hunter’ and Sirius ‘The Dog Star.’ Orion is followed through the night by Sirius, and then Sirius is the brightest star in the sky just before dawn.” This concept was, she says, “so perfect for our band and what we’re trying to express.”

The band recorded the album in 2019, during what Brickell calls “a dark time” due to the prevailing political and social unrest, so she says she and her bandmates made the deliberate decision to “focus on what makes us healthy and feel good, and express what brings people together, as opposed to what tears them apart. We’re always trying to make something that makes everybody feel good.”

That doesn’t mean that Hunter and the Dog Star is a simple feel-good album, however. Brickell’s emotive vocals delve deep into the human condition while her band nimbly crosses numerous musical genres. It’s their fifth studio album, continuing the type of complex but compelling work that they began with their 1988’s Shooting Rubberbands at the Stars.

With her lyrics, Brickell has become celebrated for exploring that unpredictable human nature with empathy and insightfulness. It’s a style she says she learned from other perceptive writers. “I appreciate writers who are authoring not some sense of what they’ve read or what they’ve been told, but some sense of what their intuition and their own experience have made them think about life,” she says.

Brickell admits it took her a while to figure out how to be that type of artist herself. “I was working as a waitress and going to college and I thought that was my life,” she says. “I was looking at all the majors and thinking, ‘I couldn’t do any of this stuff, I wouldn’t be good at any of these jobs.’ So then I decided to follow my heart, and music was something that I’ve always loved.” But she recalls failing to even get an audition as a singer in the local Dallas, Texas music scene: “I called up this guy and I said, ‘Can I try out for your band? And he said ‘What music do you like?’ I told him, and he said, ‘No, thanks. No.’”

Things changed when one of Brickell’s friends offered to introduce her to some musician acquaintances. “Something inside of me said, ‘If you don’t go out, if you don’t take chances and do something new, your life will never change,’” Brickell says, so she accepted the invitation. “That was the night I met New Bohemians, and then I played with them. I’m very lucky that I had this intuition that said, ‘Go do this.’”

It was the right call.

More than 30 years later after the success of their debut single “What I Am,” Brickell says she still feels the same strong connection with her bandmates that she did right from the start, and she credits their supportive attitudes for this: “If you have that kind of encouragement around you, it makes you a lot more comfortable and willing to be playful and to experiment.

“I think that the best work comes from a playful atmosphere, because then you can surprise yourselves and the energy feels better,” Brickell continues. “If you can capture that on your record, then that may be palpable to the listener. At least, that’s what we’re hoping for.”

Brickell says she also still feels creatively energized even when she’s working on her own, as she is doing while riding out the pandemic at her home in Hawaii. “I write all the time. I think it’s really important to create something every single day because if you make something, then it feeds your spirit,” she says. “I want to keep growing and evolving. I still have a lot to learn, and I hope that I will.”