How Touché Amoré’s Jeremy Bolm Became a Spokesperson for Grief 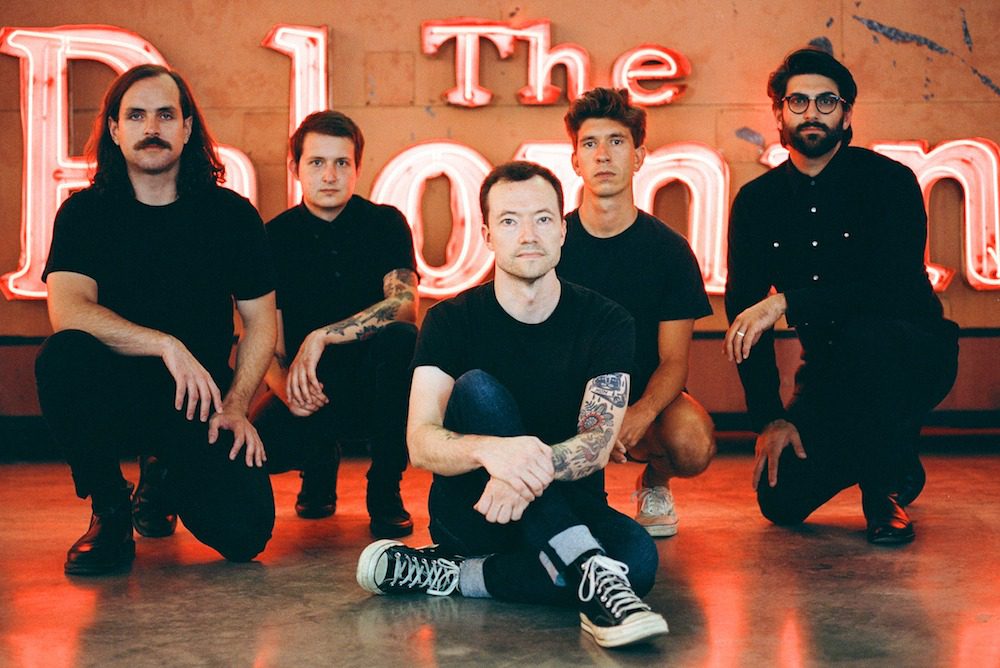 The daily barrage of emails and DMs, countless fans piling their grief upon the impassioned frontman — all because Touché Amoré’s last album, the acclaimed 2016 soul-splitter Stage Four, focused on his mother succumbing to cancer two years earlier.

After more than a decade of building the five-piece into leaders of the Long Beach punk scene, the 37-year-old singer now sits in his Los Angeles home, skimming message after message, scanning for familiar words. He sees “cancer” and moves on.

“I just don’t have it in me to respond,” Bolm says. “I’m still dealing with all my stuff. It’s a way to get the wind knocked out of me on a daily basis.”

The aftermath of Bolm’s personal tragedy fuels the post-hardcore outfit’s new LP, Lament — a punishing waltz of heartache and hope encased in the band’s patently incendiary rendering. The group’s fifth record, out Oct. 9, follows a 2019 re-recording of their 2009 breakthrough, …To the Beat of a Dead Horse, and is the band’s first non-concept album in nearly a decade.

“I had to sort of re-educate myself on how to approach an album [while] not being so specific,” Bolm says. “It allowed me to have more freedom.”

The singer spoke to SPIN about the album’s origins, the future of DIY shows and the passing of his pal Riley Gale.

SPIN: How does Lament work as a follow-up to Stage Four, which was so singularly focused?
Bolm: I look at this record as kind of a companion piece to Stage Four in the way that there’s no more songs about my mom’s passing but it’s more about my life since releasing that record and what it has done for me positively and negatively. On the positive side, it gave me a deeper appreciation for the people in my life that have been there for me and kept me sane. But it’s also about the reaction I got.

What’s it like being tasked with absorbing so much of other people’s pain and tragedy?
In person, I’m always willing to listen and be polite, give my condolences, but unfortunately I try to change the subject as quickly as I can. The biggest thing I struggle with is the guilt of it, where I do feel guilty that I don’t engage more with it. But writing Stage Four was necessary for my own well-being. I never sought any sort of grief counseling. I just looked at the album as an opportunity to deal with it.

Especially with the lead single “Limelight,” it feels like listeners may find more catharsis on this record.
I think the message I try to get across is it’s OK to not be OK. You don’t have to be anything that you’re not feeling inside. You’re allowed to have good days and see the good in bad situations too. I didn’t fully understand that for a long time. I made everything about the grief and sadness, and that was always hard to navigate. As for “Limelight,” that song has a few different themes running through it. But the whole outro with “let’s embrace the twilight while burning out the limelight” — it’s like, I know what’s important. I’d rather go live in the mountains with my loved ones and my dogs and live a quiet life than have to go to anymore goddamn parties.

How’d you land Andy Hull of Manchester Orchestra for that epic featured vocal?
We’ve maintained a good friendship. We’d always talked about doing some sort of split seven-inch together, but timing never lined up. “Limelight” was the first song we wrote for Lament back in end of 2018, and in the back of my mind I knew the song needed something to make it go somewhere else. So I sent Andy the demo of it, and he responded saying “Oh, those are my kind of chords.” [laughs] My idea originally was for him to sing some pretty “oohs” and “ohs,” not expecting him to sing any lyrics. But that morning he sent back a screenshot of eight lines of lyrics and was like “Hey, do you mind if I try these?” and I was like “Dude, of course!” It completely rearranged the song and made that ending so big and beautiful.

What was it like working with a legendary hard-rock producer like Ross Robinson, who carries a reputation for being so intense in the studio?
He’s the only producer other than Rick Rubin, when it comes to aggressive music, who has his own folklore. He was the first producer I remember even knowing a name of. I’ve followed his whole career, from Sepultura and the first Slipknot record onto Glassjaw and At The Drive-In. … He works you really hard, but it’s coming from a place of love and excitement. He’s a wild man — I’d never say he’s not — but it’s because he wants the realest shit possible. It all ended up culminating in my favorite record we’ve ever done.

On the album’s somber closer, “A Forecast,” you mention losing family members “not to cancer but the GOP.” How much of the country’s political climate made it onto this record?
I usually try to keep politics not so into this band; it never felt like the appropriate outlet. That’s what I use my other band, Hesitation Wounds, for. But this time around it was just inescapable. The song “Reminders” touches on it. I wrote that song the day that Trump was not impeached and the overwhelming frustration that came with that … This political climate has torn families apart. I’ve been in that crossfire myself. I have a very small family, and my mom was kind of the glue that kept us all together. Since she’s passed, we’ve all split apart, amplified by saying awful things on Facebook like everyone else’s family. It obliterated a lot of the remaining family I have — I think a lot of people can relate.

Before the pandemic, your band basically lived on stage. But punk shows are about the riskiest events imaginable right now. What does the future of live music look like for your scene?
We’re not looking so good … I am patient zero for swapping spit with fans on a nightly basis. We don’t want barriers; we don’t want people to have to stand six feet apart. Even putting that aspect aside, for a band to tour internationally, the venue capacity [restriction] is impossible for bands to survive financially. Sadly, one of my last phone conversations with Riley Gale was we were venting to each other about our frustrations, and he was saying how every band gripes about merch cuts, which are the worst thing in the fucking world. The conversation is always, “Cool, you want to take a percentage of our merch; you give us a percentage of your bar.” [Riley] was bringing up how much our merch cuts are going to go up because venues are struggling so much. Artists are going to continue to have money coming out of our pockets. It’s a very scary future.

It’s affected my mental well-being so much to where when I see friends on Instagram in big groups of people not wearing masks, it’s hard not to get so bothered by it. Like, you are the reason why I can’t have a job. And that doesn’t feel good either because it’s me feeling really selfish. People are dying. But it’s still upsetting. Like after Riley passed, all I wanted to do was scream into a microphone.

What was it like to know Riley Gale?
He was one of the good ones. If our band was in town he’d text, “Hey man, you want to come out tonight?” He was always very considerate of others, very sweet. He’d be the last guy to “cool guy” somebody; he was always there to be an ear to people, to let people know they were loved. My last conversation with Riley was him being excited about a new music video we’re working on. His passing completely knocked me off my axis. It’s a real, real tragedy. Power Trip live was … holy shit. They were on their way to being our Metallica.

Let’s end on a lighter note. I know you’re a recent jazz convert. What are the albums a newbie listener needs to hear?
It’s funny, I’ll yell from the mountaintops that I’m still a jazz poseur. But I’d say The Sidewinder by Lee Morgan is incredible, also his album Cornbread. There’s a Cannonball Adderley record called Somethin’ Else that is incredible and has Miles Davis and Art Blakey on it. And Cool Struttin’ by Sonny Clark and Song For My Father by Horace Silver — that’s a good list right there.