How Kiana V Is Reclaiming Her Confidence With Dazed | SPIN 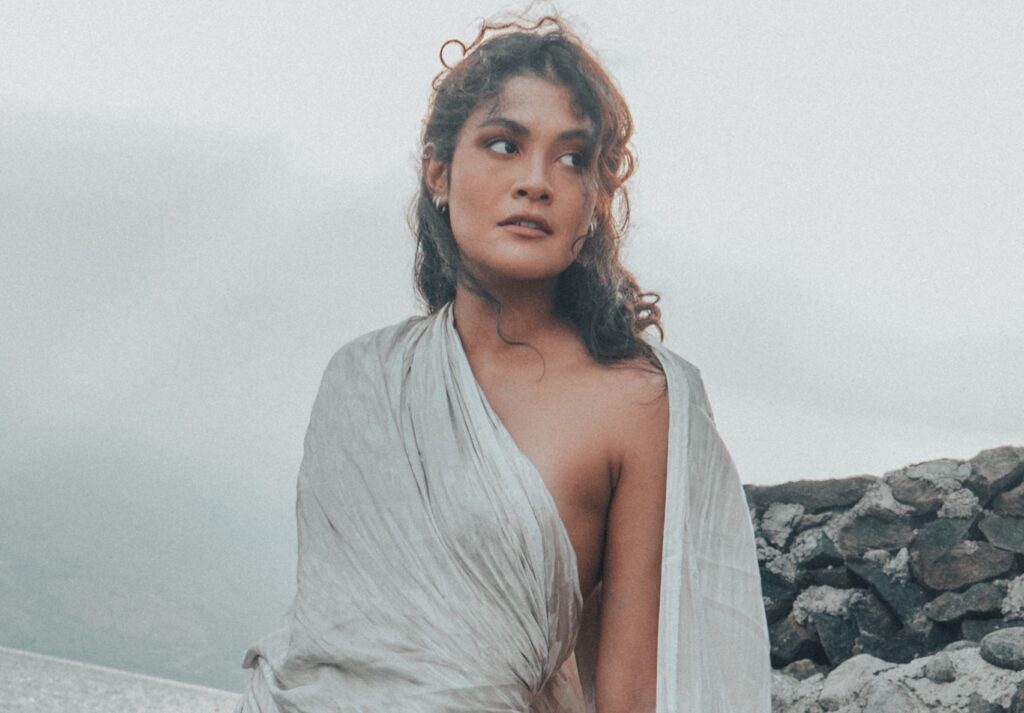 Like many artists, Kiana V had ample time to think about not only her next career move but also how she wanted to work on herself. Born Kiana Valenciano in Manila, Philippines, the 28-year-old singer made a bold decision to head to Los Angeles to further her life journey.

The R&B singer, whose father is well-known Filipino musician Gary Valenciano, already was on her way to making a name for herself in her home country, independently releasing her first single “Circles” in 2017. Growing up in the studio with her father and using ‘90s acts like Brandy and Aaliyah as inspirations, she released her debut EP Grey in 2018 under the Filipino-based Tarsier Records. Her debut album See Me dropped the following year. Despite Grey highlight “Caught U” earning a Best Performance of a Female Artist nomination at the Awit Awards (the Filipino equivalent of the Grammys), the predictable R&B sound of both projects wasn’t a true reflection of her artistry.

“I think the reason why the music changed so much is because my lifestyle changed. I was heavily influenced by present music trends and I was paying a lot of attention to what I thought other people wanted me to do,” Kiana V tells SPIN over Zoom. “By moving to L.A., I was able to shut all of that out and focus on what I was feeling.

Now, Kiana V is genuinely presenting herself in America’s mainstream industry with the new Dazed EP. It marks a new chapter, following her feature with 88rising’s new Paradise Rising mixtape release last year. Released on July 30, Dazed is a message of self-love threaded by delicate, ethereal melodies — a complete 180 from her first album.

“[My move to LA] is why this project is so soft, feminine and more introspective,” Kiana explains. “We also produced it in the middle of the pandemic, so I was able to really confront certain emotions and ideas that I tried to silence in the past.”

She continues: “Before, I was making music that I thought people wanted to hear. So I just trusted my own emotions and had a little more freedom to experiment and really live in the moment. I wouldn’t have had this project if I wasn’t alone and didn’t have all that focus. I just stepped back and thought from a different perspective.”

Below, Kiana V discusses her Filipino heritage, the importance of self-love, and how her innocent curiosity seeps into her music.

SPIN: In your social media bios, you have a “Curiouser and curiouser” quote. I know that’s from Alice in Wonderland because I actually have that tattoo on my arm. I always related to her wanting to explore and asking questions about everything. Do you find yourself wanting to find answers?
Kiana V: Oh yeah, my curiosity has gotten me in trouble before, especially with people who try to put me in a box and figure out exactly where I fit in the music industry. Because I have such a curious spirit, I just wanted to have my freedom and to be able to express myself in the right way. It’s taken me some time to have the confidence to really speak my mind — especially in the studio — and just put my foot down on certain things that I agree and don’t agree with.

I think what makes Dazed so special is that I really did have a voice in that studio working with [producer] Jesse Berrera. He took all of my suggestions seriously, and we were able to produce them together. He really fueled my curiosity, which I appreciate because he doesn’t shut out any idea. He’s so open to listening to what I have to say.

I think “Better” embodies your growing confidence. For me, that song is about the importance of knowing when to put ourselves first and finding the courage to move on. I think during the pandemic, we had to really look in the mirror and realize the things that we really want to work on.
I initially wrote it as a ballad and you could hear it in the melody. It’s very soft. But then we got in the studio and it just didn’t feel right. I thought we were all so sad already having to be stuck at home. I was like, “Wait, we need to bring some light into this. We need to make it a little happier.” I didn’t want it to be about someone who’s bitter wanted to be about someone who’s doing better.

“How Do I” is my favorite on the EP. As women, sometimes we give too much in relationships and don’t allow ourselves to fully heal from a situation before jumping straight into something else.
I think a lot of people forget that you need time to let the past settle because you bring that baggage with you when you’re hurt. You don’t realize when you’re in a relationship, you pour a lot of yourself into it. That song is about having nothing else to give. I wrote that first verse more with an open interpretation in mind.

For me, that first verse is really me talking to myself. I’m trying to push myself to do better, but I can’t. Then the second verse comes in and I’m talking to the guy: “Are you who you say you are?” This is all my insecurities coming to life and realizing I’m bringing my baggage from my last relationship into this — and we don’t want that.

You’re from the Philippines and Jesse is Filipino-American. You’re subconsciously celebrating your heritage on the EP.
It’s funny. We were making jokes about how I left Manila, came to L.A. and I still ended up working with Filipinos. Our community is somehow drawn to each other. We always find ways to connect. 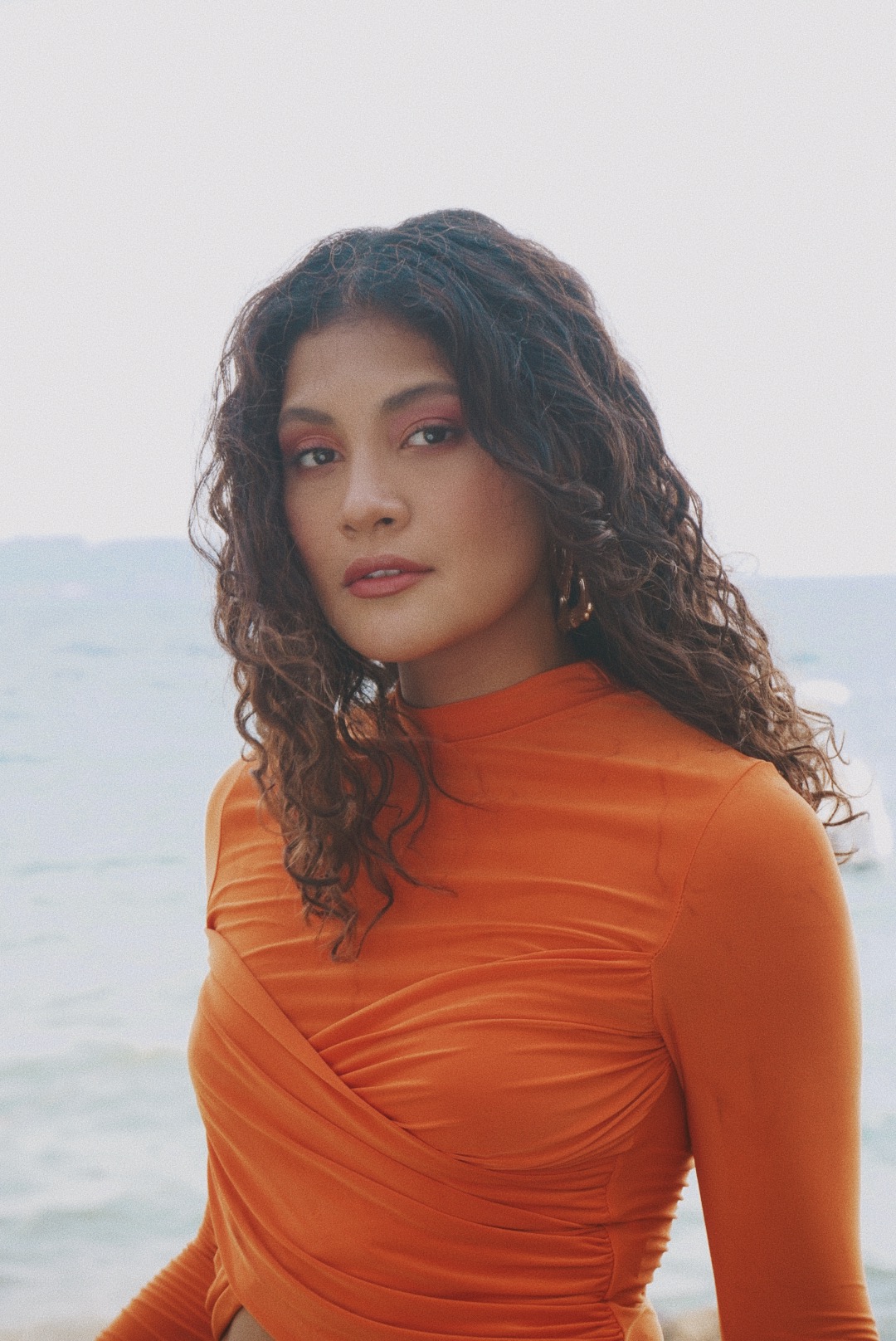 Music is so intertwined within the culture, especially at celebrations. Have those traditions inspired your own music?
It’s just like you said, music is just so second nature. At the end of the night at every party, someone miraculously has a magic mic. [Laughs.] Karaoke is at every party. I think that put me in this position where I really couldn’t run away from [music]. Singing became a thing that I run to when there’s too much going on in my mind. I’m also coming from a musical family, not just my dad, but my mom’s side too, where every single cousin, my grandparents, aunts, and uncles would sing. That just encouraged me to keep going all these years.

You know when you’re young and you have performances with your cousins at get-togethers? We’ve been doing that since we were kids and still do it every Christmas. We’re this huge family so we break up into groups and we perform. I was exposed to the ins and outs of the music industry at a very young age [through my father].

That also influenced my decision to come into the industry a little later. I think people were expecting me to make music since I was a kid. I wanted to stay away from that and do my own thing … until a few years ago when I realized I couldn’t fight it anymore. When I watch home videos, I’m like I don’t know why I ever thought I would be doing something else. [Laughs.]

I previously brought up Alice in Wonderland, and in “Dazed” you sing: “I’m constantly curious”. That song is the most magical sounding. I get lost in my own thoughts when I listen.
I love that because that’s really what I wanted for that track, especially with all the vocal layering which Jesse absolutely killed. But I did want it to sound like I was lost in my head with my thoughts. I’m so happy to hear you say that.

What have you learned about self-love throughout this past year?
One of the biggest things I learned is that everything is somehow connected. The way that we treat ourselves affects how we treat other people and vice versa. This is why I think it’s so important to pay attention and listen to what we really want out of life. Because if we suppressed what we’re really feeling, it affects how we engage with other people. I think a lot of people were craving for human connection throughout last year. You think those things for granted. In this world, everything’s so fast-paced and we’re not really paying attention to the things that truly matter.

The pandemic was a step back to relax and really focus on what I was feeling. It gave me time to figure out who I really was, and that’s not just thinking about what I wanted from my day-to-day life or the things that I want to buy. It was more like, “What are my toxic traits? What are things that I can improve in myself? How do I communicate better with my family?” I think a lot of people, at least in my circle, went through the same thing. That lack of human connection made us examine it from a bigger lens. I really do feel like in this space, I am just getting started. I’ve grown so much over the past year and I’m ready to put that into music as well. I’m excited to build a healing space through my music. 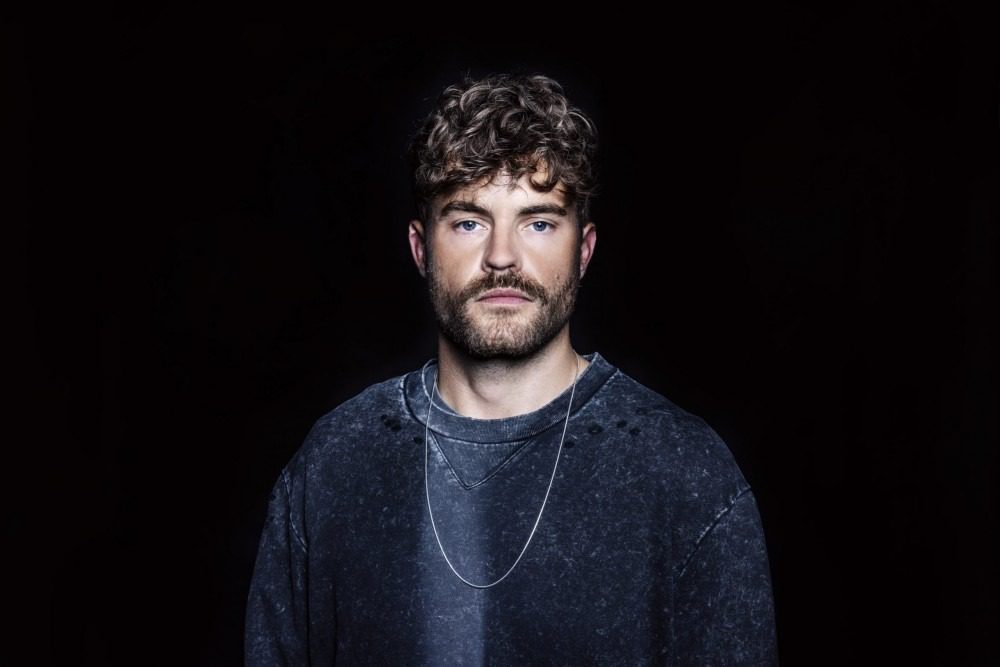 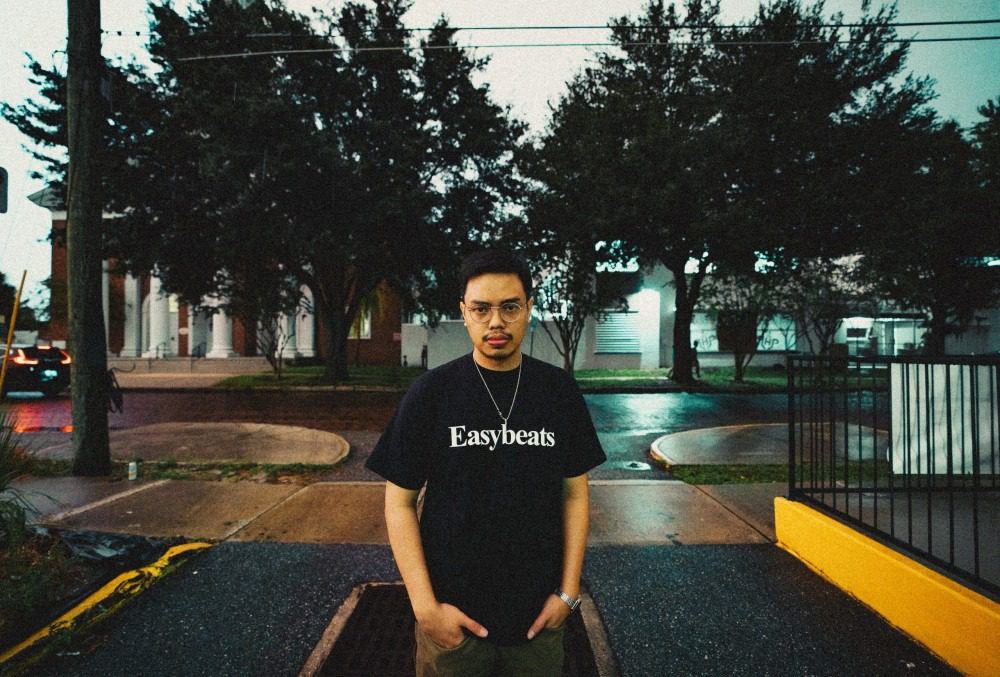