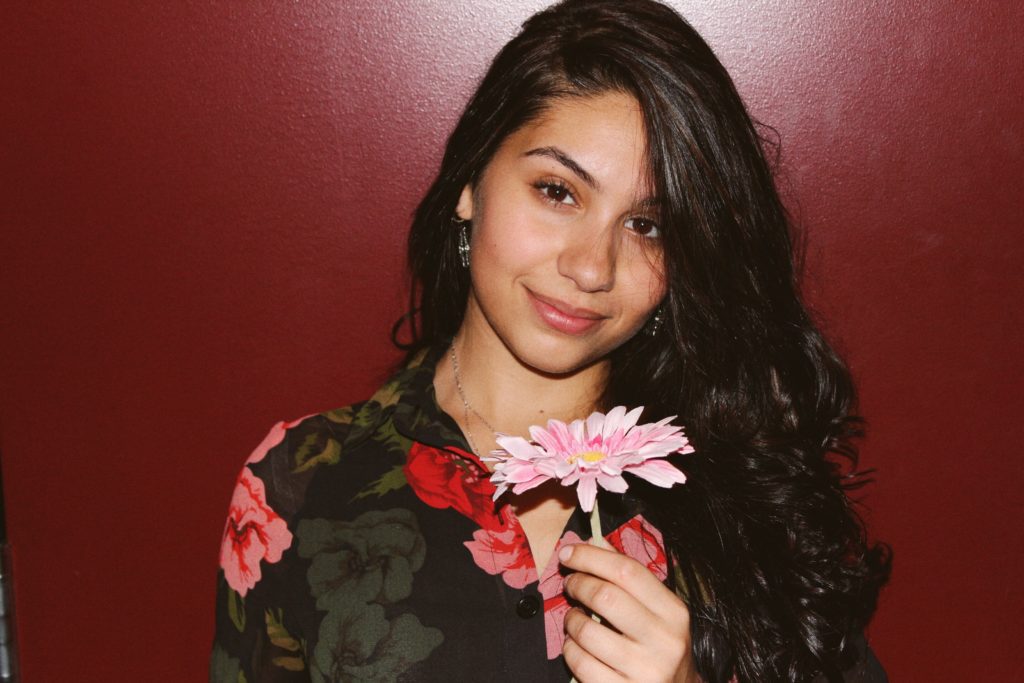 Alessia Cara spent last summer finding strength in pain. She gravitated further toward the melancholic pop tracks she’s known for, harnessed all the negative emotions she remembers feeling at the time and twisted them all into the bubbly six-track concoction, This Summer; her third release and first nontraditional project, created entirely on tour.

And this (actual) summer hasn’t been much different. The Grammy-winning singer-songwriter returned July 17 with This Summer: Live Off the Floor, an acoustic reimagination of last year’s emotive EP, complete with recording sessions done mostly on a studio floor, a full band — credited entirely on the project’s cover art like some of her favorite vintage jazz records — and an overarching charitable cause behind it.

“This stuff was, you know, the first time I spun a situation on its head where I was able to find strength in pain and find confidence in that and let it roll off of me rather than letting it consume me,” Cara tells SPIN over Zoom. “So every time I revisit it, whether it’s doing this version of it, or just listening to any version of it, I’m always able to go back there and be reminded of that strength that comes with those feelings that weren’t the greatest at the time.”

Cara wanted to help as many communities as possible with the project, she says, so for the next 21 years, she promises to donate all of this EP’s proceeds to Save the Children; a global organization that ensures children have shelter, food, protection, healthcare, and education.

“I think oftentimes, we think just as one person, that we’re not going to ever make a difference, which is, of course, a reasonable mentality,” Cara said. “But it’s not true. I feel like everybody collectively can do so.”

THIS SUMMER: LIVE OFF THE FLOOR OUT NOW. all my proceeds for the next 21 years are going to @SavetheChildren 🌺🖤 https://t.co/SmxkKrYo3Q pic.twitter.com/pg0R2WlZSD

Last week, Cara spoke about her latest project and how one person can make a difference just by sitting on the studio floor next to a dude playing the xylophone.

How have you kept creative for the past four or five months in quarantine?
As much as I’m not putting too much pressure on myself to be productive, I am trying to stay creative and I keep my mind flowing. And it’s hard, I must say, just because I tend to write from personal experience and self-reflection and when there’s such a lack of movement in the world and lack of experiences, it’s hard to pull from things. So I’m sort of having to use my imagination a little bit.

What in particular made this the right time to drop an acoustic EP recorded in October?
Timing-wise, it was kind of cool, because it worked out that we’re releasing This Summer, the newer version, the summer after it was released. So it’s still summertime… But again, like I said, on the more socially conscious aspect of it, I’ve been at home, which has allowed me to educate myself on so many things that are going on in the world. And I feel like now’s the time to just shed light on those things and help out as much as we can.

What does This Summer still mean to you now when re-recording or performing these songs back a year later?
I feel like the project was, while it stemmed from a lot of weird feelings and negative feelings, I feel like I was able to channel something that I never really had before, which is a new perspective, or a new confidence about pain or confidence within pain that I never really addressed before, like my stuff is very melancholic, usually. But this stuff was, you know, the first time I spun a situation on its head where I was able to find strength in pain and find confidence in that and let it roll off of me rather than letting it consume me. So every time I revisit it, whether it’s doing this version of it, or just listening to any version of it, I’m always able to go back there and be reminded of that strength that comes with those feelings that weren’t the greatest at the time.

Of course. And I’m not trying to be funny here, but how did it feel recording these while physically sitting on the floor?
I mean, in some ways, it’s a little bit more comfortable, but then in other ways, it feels a little restricting just because you can’t move around. I like to flail my arms and like to move a lot and when you’re sitting there it’s a little bit different, you can’t really move a lot and you have to focus on the voice…  “Like You” in particular, that song we did totally on the ground. It was funny because one of the musicians, he’s like super tall and he had to be on his stomach and play this little xylophone.

And this idea of putting all their names on the cover of the project, is that something you wish was done more in music?
I’m a songwriter myself and I’m just lucky enough to be able to be an artist as well. But if I were solely doing like, songwriting, or just a musician, more behind the scenes, it would be important for me to be credited. I would want someone to not just brush me off. And I know as an artist, what it takes to get a song out there and even though I do write my stuff, there’s so much more behind it.

You said something on Twitter last week about “Ready” being the most emotional to re-record. Why was that?
It’s so strange how things evolve, because my emotions are always like that. So then songs that I wrote about certain situations, like singing them later, they kind of become about other situations in a way. And like you interpret them differently. So I feel like I’m always sort of relating in some way. But some hit harder than others because some things were a little bit harder to get through. And so revisiting them just feels like going back there, which can be difficult at times. And vice-versa. I mean, even sometimes, like things that were like happy songs that I’m now looking at in hindsight can be emotional, too, because it’s like, ‘Well, I’m not there anymore.’ So it goes both ways.

What does Save the Children mean to you personally and why is this where all proceeds from the project are headed?
I was trying to do some research on places that needed it most. And I realized the issues lie so much further than just North America. I mean, we’ve been seeing this huge movement that’s happening in the U.S. And I did want to shed light on that. But then, through reading further, I realized that there’s like a huge famine and war going on in Yemen. And all these children are like suffering really, really badly. And then also within my own country in Canada, like the mistreatment of indigenous communities and all these things that I’m opening my eyes to that I admittedly had no idea were going on really. And so I was like, ‘Well, what can I do to help as many communities as possible?,’ but also like, ‘What group of people should I target the most? Like, how can this help the most in the long run?’ And when you look at the world and our hopes for the world in the future, you realize that kids are going to hold the torch for that and they’re going to be the catalyst for that change.

Of course. And as this EP ages for the next 21 years — the length you’ve promised to donate proceeds — what do you hope it serves as for your fans?
I think oftentimes, we think just as one person, that we’re not going to ever make a difference, which is, of course, a reasonable mentality. But it’s not true. I feel like everybody collectively can do so. And so I think when they’re listening, I hope that they know that they’re doing a good thing for the world, even if it’s a small part, every bit counts…  And so I hope that when they listen, they know that they’re contributing to something really good, even if it’s just a small part.