Hailing from New York, multi-faceted, Billboard-charting artist and multi-instrumentalist, DOMENICO, is a force within the music scene . As a talented vocalist, songwriter, musician, and artist, DOMENICO continues to break barriers with his work with collaborations with stars like John Legend, My Chemical Romance, Bingo Players, and Tiësto. In addition to his artistry, DOMENICO is also the owner of the non-profit, Real World Academy, which serves as a mentorship vessel to encourage young people to follow their dreams. Now, DOMENICO returns with the launch of his newest project titled, Prince Street Bodega.

Prince Street Bodega (PSB) sees DOMENICO join forces with Black Caviar and Rion S to serve up a unique listening experience that intertwines funk, disco, soul, and hip-hop.  Inspired by the New York City that inspired much of their music, Prince Street Bodega was formed. The band’s origin was a happy accident, born out of the 2020 lockdowns when NYC-based producers Black Caviar became neighbors with DOMENICO. They immediately clicked and introduced DOMENICO to Irish multi-platinum singer/songwriter Rion S over Zoom in hopes of collaborating.

“I think that most music fans, including myself, are desperate for positive vibrations in the midst of so much negativity in today’s zeitgeist. I think the boys from PSB helped bring that out in me as an artist and I hope this album does the same for everyone.” – DOMENICO

Happening within the span of just a few short months, the four-piece group ferociously produced an entire album’s worth of material. The group has just released their debut original single, “Contagious,” with a debut album of the same name slated for release later this year in partnership with premier distribution and music services platform, Vydia. A fun and uplifting tune, “Contagious” is just that – an infectious tune right from the start.

DOMENICO is a multi-instrumentalist artist known for combining the sounds of moody electronic music, funky r&b, and soul-driven pop. DOMENICO writes and records all of his own material in his studio apartment in New York City.

A product of Morristown, New Jersey, DOMENICO spent his formative years playing lead guitar in pop bands along the Jersey Shore. While attending the Clive Davis Institute at New York University, he studied under Q-Tip of A Tribe Called Quest, and worked as an apprentice to producer Dave Tozer (John Legend, Kanye West). During this time, DOMENICO learned the methods of chart-toppers and adapted them to today’s music landscape. Additionally, DOMENICO founded the first non-profit of its kind known as Real World Academy, which serves as a mentorship vessel for young people to follow their dreams. In 2017, he was nominated as one of the youngest speakers ever to give a TEDx Talk on the subject.

Today, DOMENICO remains a Billboard-charting songwriter/producer, and has worked alongside artists such as John Legend, My Chemical Romance, and Bingo Players. DOMENICO’s reputation for combining guitar-based songwriting with futuristic production has landed him millions of online listeners with routine support from Spotify, SiriusXM, and MTV. His record label, IL DOTTORE, serves as a platform to uplift his own art and collaborations with friends. 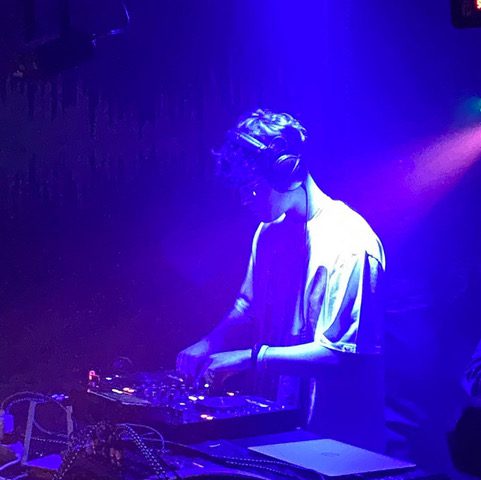