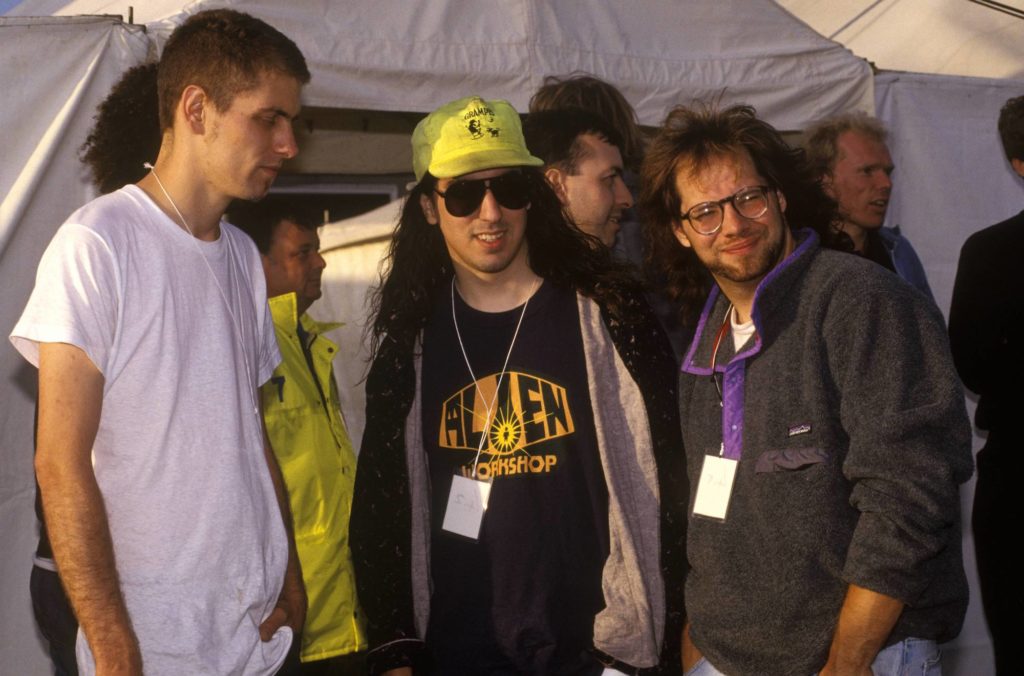 There’s a valid reason why Dinosaur Jr.’s most allegiant fans allude to Green Mind as frontman J Mascis’ inaugural solo offering: He not only produced the band’s 1991 major label debut but arranged all 10 songs, and tracked all of the vocals, every guitar lick, and — having unceremoniously booted a detached Lou Barlow — each bassline. What’s more, he handled the drums on all but three of Green Mind’s tracks. Not surprisingly, Mascis doesn’t see it the same way.

“People say that, but it’s not really” a solo album, “because that wasn’t the intention,” Mascis explains, speaking to SPIN about the revered rock record, released 30 years ago today. “The drum parts, I had written for [longtime Dinosaur Jr.] drummer Murph. I wrote in his style. I wrote what I thought Murph would play. I would have played something entirely different if it was just me playing.”

Murph tells SPIN the late ‘80s marked “a murky period” for the groundbreaking Amherst, Massachusetts group, and insists that, while initially “kind of hurt and offended,” he harbors no regrets about his minimal involvement in the Green Mind sessions, which unfolded within New York City’s since-shuttered Sorcerer Sound Studios.

“It really was when J was starting to kind of get his solo chops together,” Murph says; Mascis has released three solo studio albums since 2011. “He was really beginning to become, like, a real songwriter and composer, and I think Green Mind was really his first step into that.” Thinking back to that period, Murph — who admits Green Mind is his least favorite Dinosaur Jr record — recalls he wasn’t given much time to learn all of the songs on the record: Mascis had booked studio time, and, as he was wont to do, kept that crucial information to himself.

“You’ve gotta understand that, back in those days, that’s how J operated,” Murph says. “You were kind of just told things last minute, very matter-of-factly. Like, two weeks before, he goes, ‘Here are the songs, man. If you can learn all of these songs in two weeks, great.’ Usually, it takes me two months — maybe a month-and-a-half — to learn a whole album. I was like, ‘I will do the best I can,’ and those three tunes” – “Thumb,” “Water,” and fan-favorite “The Wagon” — “are sort of what made it through in two weeks, so it was really more just ‘The J Show.’”

According to Mascis, the Green Mind sessions weren’t so much lonely for him as they were tranquil.

“I didn’t have the stress of Lou, and so I was just psyched to record,” Mascis explains. “For me, it was fun just kind of building up the songs and playing everything. It’s definitely a weird-sounding album, and I question some of the choices I made in the process. When I hear it, it definitely sounds odd; it’s definitely got its own sound, but it’s just, like, not exactly the sound of a band.”

Mascis adds: “I look back on [Green Mind] with fondness. It was our first major label experience, which was good, because it was a lot different than the indie labels I had been on that were shady and never paying. They just gave you the money to make the record, and you just gave ‘em the record. They never said anything or had any input, which I liked at the time. I hear things on the album I would like to change and stuff, but generally, I like it and I’m glad that people like it.”

Mascis, who confirms Dinosaur Jr’s 12th album is being readied for release this April, admits that he has entertained revisiting Green Mind’s material, but ultimately decided against it.

“Remember how Robert Smith re-recorded the vocals on ‘Boys Don’t Cry?’” Mascis asks. “Yeah, well, I always thought that was kind of a weird move.”