Delta Spirit's Matthew Vasquez on New LP, Why They 'Paused the Band to Save the Friendship' 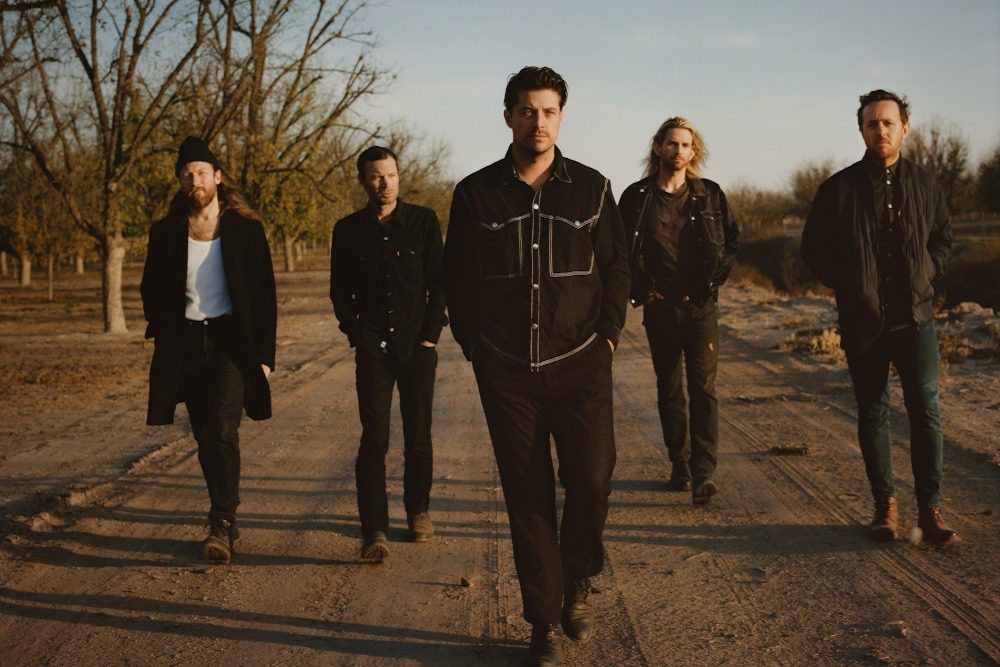 The energy felt…off — both in and around Delta Spirit.

“I saw the aftermath of a person stepping out into a freeway committing suicide on the I-35 driving to Dallas,” frontman Matthew Logan Vasquez tells SPIN. “The guys had just been in town. This is after I’d recorded my solo record album [2016’s Solicitor Returns], and I had a bunch of songs that I wanted to start working on. I looked around, and things just didn’t feel right. Something in me wasn’t right.”

The indie-rock band been moving at full-speed since 2007: four studio albums, lengthy tours, major festival slots. Natural tensions and inevitable exhaustion were starting to pull them apart, even if they hadn’t verbalized it yet. “People needed to do other stuff to pursue other interests,” Vasquez says. “And, you know, I only have the one interest really. I write too many songs. I really needed to [take a hiatus] because I realized in 2015, “If we keep going like this, somebody is going to quit and that’s gonna be the end of the band — or somebody is gonna freak out.”

Five years later — after three Vasquez solo LPs and a flurry of side projects — Delta Spirit are back with What Is There, full of polished, clear-eyed meditations on romance, aging, forgiveness and the pressures of being an adult in 2020.

“I hope this is the end of my autobiographical arc in my songwriting,” says Vasquez, who recently moved back to Wimberley, Texas after a stint in Olso, Norway.

“Being a dad and stepping into a new role as a human and writing about that has been huge for me, and that journey definitely carried along from [2017’s] Does What He Wants into [2019’s] Lighten Up. There’s a very literal quality: ‘I don’t want to suck at this. Fuck, I gotta move to Oslo! [laughs] This is getting harder, and I’m working very hard for these people. I have new motivation but this is also starting to get really hard and take a toll on my mind. It’s making me mentally unhealthy.’ And then this record, at least what I brought to the table, is [about] making it through these tough experiences.”

Vasquez spoke to SPIN about the band’s turbulent journey toward What Is There (available to stream below), curating psychedelic guitar solos and finding peace at home with family amid the pandemic.

SPIN: How are you holding up right now?
Matthew Logan Vasquez: Well, like everybody else, I’m living two years at the same time. It’s quite an experience. There’s the year that was planned all the way through the fall, which was amazing. Then there’s the one I’m currently living, which is also amazing. I feel lucky that both are pretty damn good — not without its stresses or fears. But, you know, the other one would have been the same.

With being a dad and being on tour 100-150 days a year — it would take this for me to stop, by the way. But now that it stopped, it’s like, OK, I missed my beautiful son. I missed his first words, his first steps, so many of the milestones — the “mama, papa” stuff. Now being off in the summertime and he’s four, I’m helping him get off his training wheels, and we’re swimming underwater in the pool.

You recently moved back to Texas from Oslo. I know that was a pretty difficult experience — what did you take away from it?
I really do enjoy the culture of Norway. I do think that a young democracy represents its people better than, you know, an old democracy. You know, it’s like campaign finance reform. And going to the hospital doesn’t come with like this huge level of stress because they look at it as a human right. So if you go to the ER because you actually have an emergency, it’s not like, “Oh, this is going to cost me what it would cost to buy a used car.” And having that and as a societal norm is amazing. We met some of the coolest mommy/daddy parent friends — there were a couple that were like architects and then another couple who were actors. We had a really deep, cool connection with them. It was amazing. But it’s also like living in San Francisco. For a musician, I’m not on the dole there.

Then in the wintertime, the sun sets at 3 pm and doesn’t come up until nine, and you get depressed. You start turning translucent because you don’t have enough vitamin D. When your last name ends with a “z,” you need the sun — that melanin needs to be doing its job or it turns on itself. Suffice to say, it was real tough at a certain time of year and amazing in the summer. But no more.

I’m glad you moved back last summer before COVID hit.
Here’s the trade-off: We would have been in a tiny apartment, and it would have been really annoying. But everything’s back to normal in Norway.

Let’s talk about the album. When you guys back together in 2018 to jam, did that sort of spark the energy that you needed again to kind of feel reconnected after so much time apart?
Yeah, fall of ’18 was our first jam. But we had kind of paused the band to save the friendship. I would rather have those dudes in my life the rest of my life than carry on the natural resentment built through creative energy. When you’re on tour, kinetic energy builds up in ways both positive and negative. I don’t have to look at Brandon [Young] to know what drum fill he’s going to do or how he’s going to land on it just slightly early instead of late, like another drummer would. I know how he does that, and I can feel that. When things click, it’s one of those beautiful, unstoppable forces. But when you put that into something like, “Oh, I know what he’s thinking; I know what you’re thinking,” you stop talking or asking questions.

Gotta love the timing of reviving the band just ahead of a pandemic.
We played two shows, dude! We were slotted for all these music festivals, all these after-parties, all these plans. It was exciting stuff: DIY, new manager. And, ironically — for a band that’s like mostly known for being a live band that actually can’t geographically get together especially because one of them’s in Canada — our record is having a great moment. Our single is doing really well on radio. This is crazy. Why is it doing it well now? Fuck! Who knows what’s gonna happen? “Next week on ‘Your Fucking COVID Experience, brought to you by Anheuser-Busch.”

On a lighter note, there are so many psychedelic guitar solos on this album. It’s a real sonic thread.
It is truly a thread. I take a lot of pride in that — partially because I helped curate that. It’s the first time I’ve been in a band since 2015. I write guitar solos differently than Will [McLaren] does. But it was really kind of refreshing and frightening to have somebody walk in, going, “I’m just gonna feel it out, man. I’m gonna raw-dog and improvise.” The “Home Again” guitar solo — I’ve never heard anybody do that. It’s like a Tom Morello guitar solo but more virtuosic. Like a Red Hot Chili Peppers solo.

Before we go, I have to ask about a friend of yours. You recorded a song called “Ladonna” for your Texas Murder Ballads EP about the late previous owner of your Texas home. You told me a while back that you may or may not have been visited by her spirit while recording your last solo album. Has she visited you since you’ve been back in the States?
We spent a night down on the coast, and my neighbor came by and fed our cat. He said that he didn’t get any visitation. He was very scared, walking into a house knowing the history of it. But, yeah, no Ladonna. I think she’s happy we’re back, you know? We honor her memory and her worldview. Definitely she was a well-read, smart educator who had some problems, had some tough times. But I think all in all, I think our world views wind up pretty close. I think our ghost is on the right side of history.