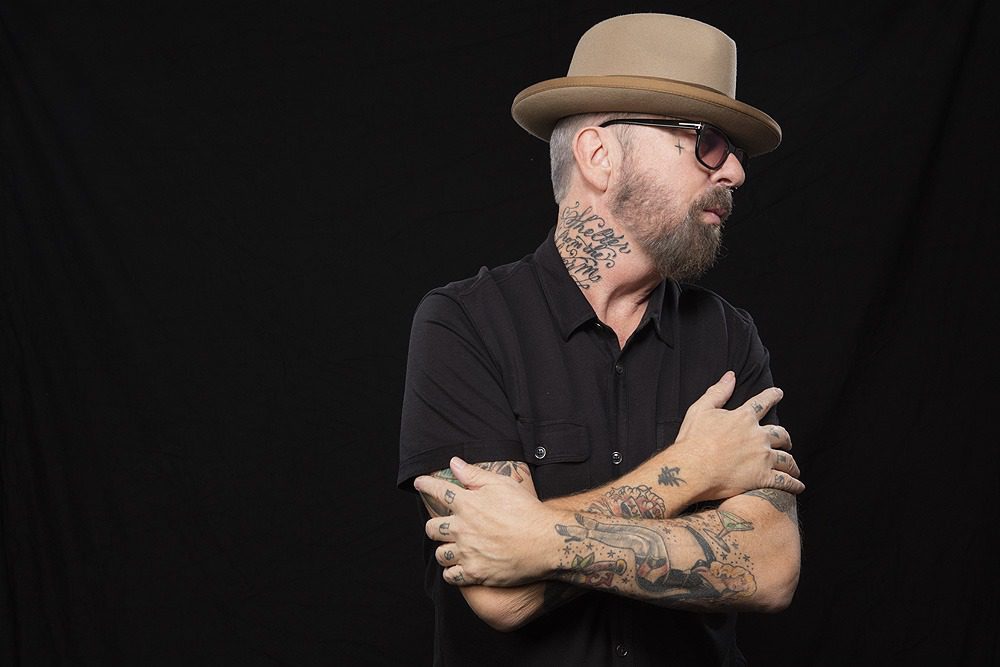 With everyone sequestered and self-quarantining due to the coronavirus, we’ve asked our favorite artists to come up with playlists that keep you entertained. Here is former Eurythmics member/producer/songwriter/artist Dave Stewart:

As you can see/hear from my playlist, I have a very eclectic taste in music! I probably would need a separate playlist for electronica or gospel, etc.

But this is just a list of what I might play whilst having a drink (vodka) on any given night. So just imagine you are having a martini or a rum punch or a few beers (or not – if you abstain) with me and let the playlist roll. This playlist is like a wander through my past…a bit of a memory lane for me! Hopefully, it will be the same for someone else out there.

“Blood in My Eyes” – Bob Dylan
I directed a short film with Bob for this one. You can see an excerpt of the film as a video on youtube. It was one of the craziest days in my life and there’s been a few!

“San Simeon”- Bryan Ferry
I wrote this scary song with Bryan. It took about 10 years to complete.

“Solid Air” – John Martyn
I learned so much from John’s acoustic guitar style and had my mind blown when I got to support him at a UK college. He had Danny Thompson on double bass and John played acoustic guitar using delay pedals…what an amazing sound!

“Gimme Shelter” – The Rolling Stones
Got to liven things up a bit and this is one of my favorite rock n roll songs to get the evening going.

“Come on in My Kitchen” – Robert Johnson
Damn I love the blues so much! One of my first albums was King of the Delta Blues Singers, Robert Johnson.

“Rolling and Tumbling” – R.L. Burnside
As I said I love blues so much I paid for a documentary to be made called Deep Blues and I sat next to R.L. Burnside on his front porch while he recorded a few songs for the movie. I particularly like this song, you should check out a French-TV live version on YouTube… killer!

“Delta Blues” – Son House
Got to have this now after R.L.

“Storm Came” – Stewart Lindsey
Now a track of mine with my young partner from Louisiana, Thomas Lindsey, from our second Stewart Lindsey album called Amitié.

“Life on Mars?” – David Bowie
How could I not play David? Annie and I performed this song with a full Orchestra at the strike of midnight in Greenwich U.K. It went out all over the world as part of a huge millennium TV broadcast.

“Isn’t It A Pity” – George Harrison
OK, a real sad song from George to get things in perspective for a few minutes.

“Natural Mystic” – Bob Marley & the Wailers
The Master of the Universe.

“Ghost Town” – The Specials
Brilliant song released at a time in Britain when it was badly needed. I am a massive fan of this band.

“Wide Sargasso Sea” – Stevie Nicks
A song I wrote with Stevie in her house whilst making her album In Your Dreams. That whole experience would need a novel to explain.

“That’s How Strong My Love Is” – Otis Redding
Otis delivering a brilliant live vocal with great intent and brilliant phrasing.

“A Change Is Gonna Come” – Sam Cooke
One of the best songs ever written.

“Best Dressed Chicken in Town” – Dr. Alimantado
A bit of fun with this great record. I played it to death in the ’70s.

“Pine & Ginger” – Amindi, Tesselated, Valleyz
I discovered this when it came out and played it non-stop for a year. I love to hear this one – especially on a sunny day.

“Angie” – Bert Jansch
I learned this song note for note – wearing my original vinyl out.

“Suzanne” – Leonard Cohen
A Romantic song from the master, the great seducer and deliverer of truths.

“Reggae Got Soul” – Toots & The Maytals
Toots just nails his vocal every time and makes you feel like anything is possible every time.

“Oh Well (Pt.1)” – Fleetwood Mac
Saw this song first on live British TV and was amazed at the playing and song structure. It was a huge moment for me as a 17-year-old kid watching this kind of band playing some weird kind of fucked up blues and funk strangeness with the cowbell before the vocal…pure genius!