Chuck D Shows Us How to Rage With Age 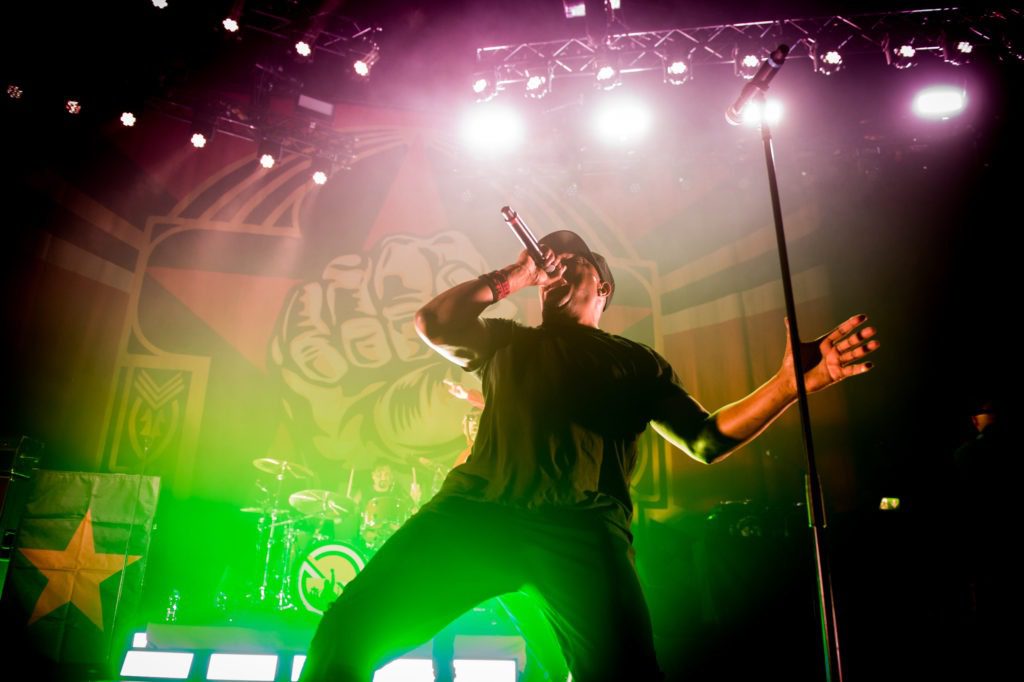 There was a time when being Public Enemy #1 was the biggest part of Chuck D’s identity.

In 1985, the frustrated college student turned rapper emerged from a hotbed of racial tension in Long Island to kick open doors for a burgeoning street culture that did not yet know its own power. Being young, gifted and Black put a torch in Chuck’s hand and a target on his back. Together with his cartoonish hype man Flavor Flav, he started a group that detonated a bomb of black nationalism into the heart of hip-hop culture at the ripe old age of 25.

After nearly four decades and 15 albums later, the passion of that young, fire-breathing wordsmith still dwells inside the Golden Era emcee even at age 60 — albeit older, wiser and more subdued. Sitting in front of a computer screen flanked by a wall of books, DVDs and his beloved Pittsburgh Pirates caps, he’s spent countless hours dropping gems of wisdom on a hoard of eager music journalists, clocking a whopping 121 interviews in 70 days.

“You can’t go into any of ‘em half-assed either,” he says with a smile. “I wish I could talk about little or nothing but that’s never the case with me.”

Of course, if it was the case, Public Enemy would probably have a lot fewer albums.

Sitting on the bookshelf behind him is a small poster of the iconic PE logo, the group’s calling card since 1987’s Yo! Bumrush the Show brought Chuck’s searing pen and booming baritone onto the world stage. It so happens that the song “Public Enemy No.1,” the first track he ever wrote, remained a hallmark of his career right up to his latest release What You Gonna Do When the Grid Goes Down? This time around, he revamped the title slightly (“Public Enemy Number Won”) and got some help from legendary homeboys Mike D and Ad-Rock of the Beastie Boys as well as hip-hop forefathers Run-DMC who added their rhymes to the mix, allowing himself to tack on only one new verse of his own at the end. That’s not the only revived jam on PE’s first Def Jam release in 15 years. “Fight the Power: Remix 2020”, the single that dropped in August, featured fresh bars from Nas, Rhapsody, Black Thought of the Roots (with Questlove on drums), YG and longtime PE rapper Jah whose been with the group since 2006. It’s a boom-bap bridge between generations brought together by timeless, clenched-fisted urgency. Above all, it’s a reminder that the more things change, the more they stay the same.

“The biggest difference between the ‘90s and 2020 is that people have been born in the interim and have died and that different people have come into the mix,” Chuck said, remarking on how little the struggle for blacks in America has changed since he and Flav graced the cover of SPIN in 1992 following their second platinum album Apocalypse ‘91…The Enemy Strikes Back.

“I think the new album had to at least speak to the immediacy and the speed of the time and the attention span of the moment,” he said. “And one thing we know that the tension is the uncertainty about realistic futures and the United States of America with this goon [President Trump] at the top.”

Anyone who’s interviewed Chuck D in the last half-decade knows he’s never short on words for the Commander-in-Chief. America is still knee-deep in a pandemic and broiling in the fires of racial tension stoked by the police brutality and the killings of George Floyd, Breonna Taylor, Ahmaud Arbery and so many others. It seems like the climate where Public Enemy would be eager to raise a fist for the media instead of pretending to break up over a performance at a Bernie Sanders rally last April. But fighting the power in 2020 means something different for “triple OG” emcees who came up in the Reagan-era. Instead of demanding the spotlight, Chuck says these days he’d rather use his power to guide others rather than burn down the system.

“I’m not leading the culture. I salute and advise the culture,” Chuck says. “Culture is for the 20-somethings. I’m there for advice…you have to pay attention to the young energy when it comes down to leadership and know how to guide it and direct it.”

That sentiment of mentorship is prominent in the group’s new album What You Gonna Do When the Grid Goes Down?, starting with its list of features that create a hip-hop anthropology lesson stemming from the funkosophy of George Clinton on the title track. From there, it morphs into reverence for PE’s peers like Ice-T and PMD. It goes bar-for-bar with hard-edged acolytes Cypress Hill and makes room for boom bap students of the Roots and recent rap royalty legends like YG and Rapsody. What’s most important is the evolution that showcases a maturity in rap that can be both classic and relevant, similar to white-dominated genres that have been allowed to age gracefully.

“At what point in hip-hop do we consider importance greater than popularity? Because if you went into CBS and just said, we’re going to remove all your Bob Dylan tapes, those tapes are not zooming up the charts. But those are the foundations for what that label is built,” Chuck says.

Giving classic hip-hop artists their flowers while they can still smell them is the way to ensure that they’re around to offer their message to younger generations, a role that PE today is able to play without having to force their way to the #1 spot. Of course, Flavor Flav is still the greatest hype man of all time, even if Chuck says he only needed him to supply 25% of his effort to make this year’s album a success.

But even in the twilight of his career, Chuck D sees his own role in hip-hop as vital even if it’s less vocal than it used to be.

“Our strongest attribute is showing that we can show,” he says. “Let’s get down. Let’s take it to the next level, and speak truth to power, and at least show young people that they have the power. “

With that comes the ability to spotlight and encourage others, offer counsel and accept his like the position of elder statesman that he and the emcees in his class have earned every right to be.

“I think a lot of artists will follow and they’ll knock down doors,” he says. “We’ll be happy to take our OG seats, puff our cigars and just eat a bowl of linguine and keep it quiet in the back corner.”