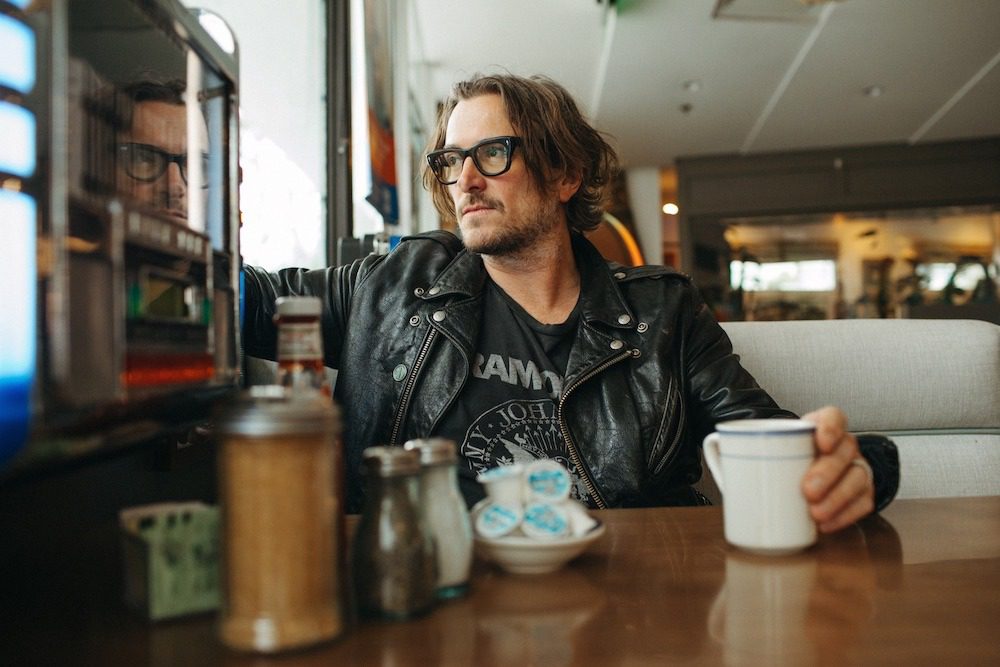 Nearly four years after his last studio album, Grammy-nominated producer (Weezer, P!nk, Green Day) and singer/songwriter Butch Walker is releasing his most provocative record to date. American Love Story, a bold statement in the form of a modern social-minded rock opera, is a natural progression for the outspoken rocker. Tagged ironically as “a love story about hate” and as layered and complex as it is bold and direct, ALS demands repeated listens for full absorption.

Loosely based on Walker’s Southern upbringing (he grew up in Cartersville, Georgia, and moved to Los Angeles in his late teens), ALS recounts the bittersweet love story of Bo who, raised by a homophobic, racist and xenophobic father, becomes a product of his upbringing. But after a life-altering event, falling in love with a free-spirited woman, and becoming a father, Bo breaks free from the narrow-mindedness, hatred, and fear that shaped his childhood.

With catchy ’70s-influenced and ’80s-inspired melodies enveloping dark subjects, Walker describes ALS as a “wolf in sheep’s clothing.” “I’ve always liked the idea of beautiful melodies telling me terrible things and it seemed a little bit too on the nose to make a dark depressing love story about hate as a stripped-down acoustic record,” Walker says. “Being a radio baby in the seventies and eighties, I thought it would be interesting to go through the timeline of my youth and to reflect the sound on the radio at the time, the sound I was influenced by and heard all the time in the South. So the record is all of these things – ’70s AM Gold yacht rock type of stuff, super progressive new wave, and early eighties Fleetwood Mac, Toto, Doobie Brothers, and stuff like that. I couldn’t stop myself from wanting to chase that sound.”

Over the phone from his recording studio in Santa Monica where he’s finishing records he’s producing for artists including Jewel and Billy Idol, Walker told us about the making of ALS, its purpose, and how some of his own experiences inform the record.

SPIN: Why did you decide to write a rock opera?
Butch Walker: Right after the election, I found myself very confused and sad. All of a sudden, you’ve got Charlottesville and all these acts of hate and bigotry. Everybody can act like it’s always existed, and it has, but it had been dormant on a grander scale. It became front-page news every day and more apparent. People were being more proud and out about their racism, bigotry, and xenophobic tendencies, and I wasn’t ok with it. I was bummed and I just kept writing little lyrical pieces here and there that I didn’t have any music for that were all kind of a common theme, and I started putting little ideas down on my four-track cassette recorder. I’d send snippets to my manager Jonathan [Daniel of Crush Management] who was the first one to see a pattern. I didn’t think of it in terms of writing some sort of a conceptual thing but he said, “Sounds like you’ve gotten yourself the making of a rock opera of sorts,” and we both kind of laughed and said, “I don’t know how popular that is these days to do” but it just turned into that.

It’s important that people listen to your record from start to finish so the songs are heard within the context of the story you’re telling.
I’ve definitely set myself up for people to take things out of context. Hopefully, they will not but you’re always going to get those people who do. I think it’s important, and obviously it’s a tall order to get anyone to listen to more than five minutes of an artist in one sitting these days, but hopefully, people will put it on the old-fashioned way — even on a record player — and start with song one and get all the way to the last song and understand it as a story from beginning to end. The whole thing is I just want people to listen. I can understand if you think this music sucks but if you have a problem after listening to the record – more importantly, if it pisses you off, then you’re not listening or you’re part of the problem if you ask me.

You’re politically active on social media. Do you think some people will misconstrue ALS as a political statement?
Yes, I think they will. I think that’s just because of where we’re at right now, but that’s the last thing I wanted to do. I try to stress to everyone that it’s really not a political record. It’s social. Sure, there are little things here and there that could be taken or could lead to the political divisiveness that there is in the world, but mostly it’s about the social and racial divide and things like that. It was about exposing the elephant in the room in this country which is people who are uncomfortable talking about or dealing with or co-existing with people who don’t necessarily share their beliefs and their philosophies, and their way of life.

Speaking of the struggle to co-exist harmoniously, you had some unnerving experiences growing up.
I did. I was teaching guitar lessons down at the music store in Cartersville and would have these bible-thumping dudes come in and try to sell off a Fender Strat or something and they’d look at me, as I had long hair playing clubs every night while I was going to high school every morning and they’d say stupid shit like: “Look at you and your devil worshipping hair.” It was ridiculous considering I’m pretty sure the picture of Jesus on their mantle didn’t have a high and tight. I think he had long hair and a beard. It all felt hypocritical and added to the confusion in a small town small-minded teenage boy of, like, “Who the fuck am I? What am I?”

When did you transform from being a “small town, small-minded teenage boy?”
It was when I moved to Los Angeles. I’m still a Southern boy and I spend half my time living in the South because I love it more than anything, but I had to move to L.A. out of necessity. Literally, the day after I graduated high school, I moved to L.A. to go chase this musical dream that at the time you couldn’t do in Atlanta — or in Georgia, period. When I moved, I was literally the cliché of a small town dude living on Hollywood Blvd. having come from a town that was basically Footloose. My eyes were opened up and my blinders were off regardless of whether I wanted it or not. I was taking in a lot of different cultures, philosophies, religions, music, ethnicities, and everything, so my head didn’t even start soaking up all of its information until I hit Los Angeles at 17 years old. That’s when I had questions and that’s when I had concerns, and I couldn’t believe how sheltered I was. When my band got signed, we did a tour of China and Mongolia for six weeks. There were Buddhist temples and I had questions about the timeline of Christianity and religion. When I got a chance to travel and got outside of my little comfort zone and my little bubble, that’s when it all started really hitting me over the head. Do I like the bubble? I do. Now I like it, but going back to a small town bubble with 30-something years of traveling and exposure to everything makes it a lot better.