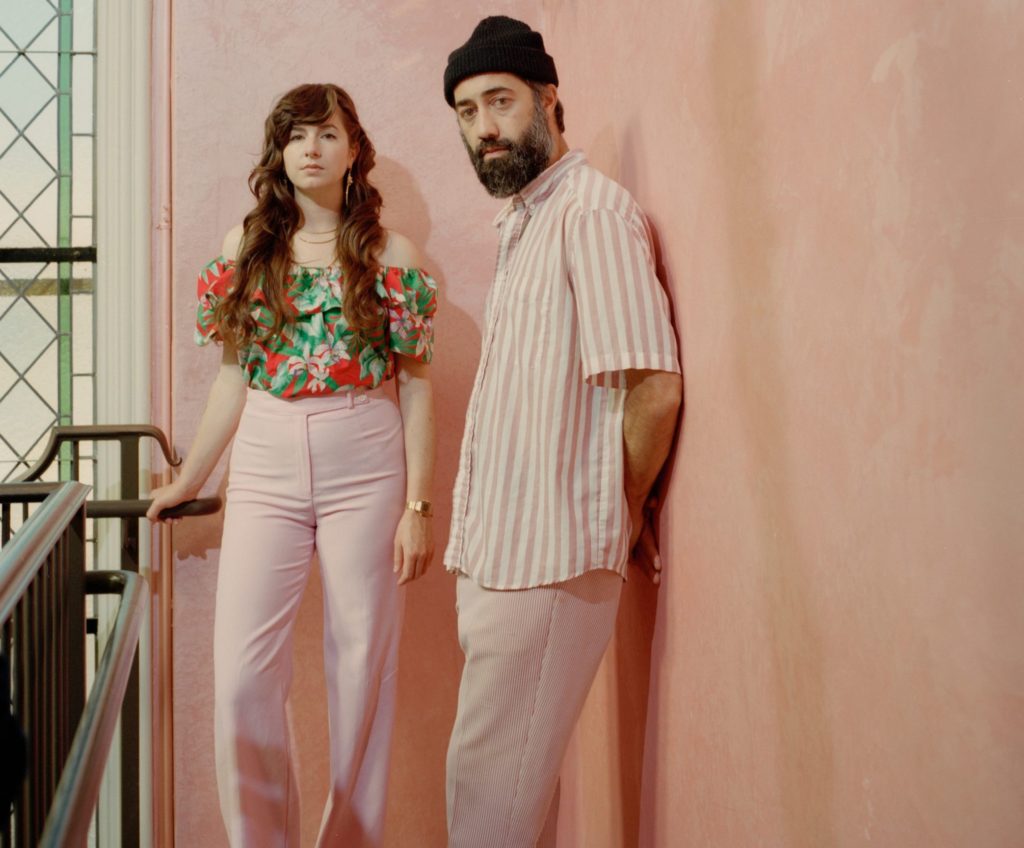 Oakland-based duo Brijean has been introducing a special guest in their recent Zoom calls. In fact, you could call him the unofficial third member of the band.

“He’s the life of the party,” says keyboardist/bassist Doug Stuart. “I think he’s gonna be a roadie for us.”

Stuart and bandmate Brijean Murphy are co-parents of Shuggie, a White Shepherd-Blue Heeler mix they named after the psych-soul legend Shuggie Otis. Like a lot of households over the past year, the couple adopted a “COVID puppy” to help fill all of the downtime they were facing. “We came to Santa Fe to just lower our overhead and have a furnished sublet,” Murphy says. “Our landlord told us about this litter of puppies. We didn’t really want one, but we had a look at them and now we have a puppy. It turned into a puppy residency for the first three months, but now we’re getting back into music and art and sleeping, which is awesome.”

Normalcy has arrived for the band just as they prepare to release their sophomore album. Now signed to Ghostly International, Feelings marks Brijean’s first go as a full-time unit. Both Murphy and Stuart had previously spent time playing in other bands – Murphy in U.S. Girls, Poolside, Toro y Moi, and Stuart in Bells Atlas and his solo project, Dougie Stu – however, with assistance from their new label and a global pandemic paralyzing their industry, it was an easy decision to make Brijean their permanent gig.

“Fortunately right as the pandemic was landing, we signed with Ghostly,” explains Murphy. “Our former label had dissolved right before we finished [Feelings]. We didn’t know what would happen, and we were hustling and taking as many gigs as we could get. Then once we signed with Ghostly everything shut down. It was super fortunate for us because we got to shack up together, keep making music, and get support from an awesome label.”

Feelings may not have been written specifically for a pandemic, but its warm, therapeutic vibes are definitely suited for coping with these times. As the title suggests, Brijean makes insightful, groove-based music designed for the listener to have an expressive moment. “This album is definitely focused on navigating towards things that feel good during times of darkness, to give you a playful and peaceful respite,” says Murphy.

Although her gently blithe vocals have taken more of the center stage on Feelings, it’s the “rhythmic grooves” coming from Murphy’s loose rhythms and Stuart’s assuaging synths that direct the music. Both have backgrounds in jazz: Stuart is the academic, who studied jazz at the University of Michigan; Murphy is the progeny, who learned music from her father, Pat Murphy, an engineer/percussionist who has worked with Tito Puente and Harry Nilsson. (In addition, her godfather is jazz pianist George Cables, and her dad’s best friend was Neil Diamond’s long-time percussionist Vince Charles, whose congas she now plays.)

“A lot of the percussive instruments and choices of sounds comes from my upbringing, just with the different musicians and mentors that I’ve had in my life,” says Murphy. “They’re from a lot of different places, a lot of different backgrounds, like Trinidad, Philly jazz, New York jazz, and L.A. funk.”

Murphy and Stuart met through mutual friends at a restaurant gig in Davis, California. Originally they planned to busk together on the BART but started dating instead. Their love of jazz brought them together; first romantically, then musically.

“Doug helped me a lot with that because I had been in the more indie and pop scenes of the Bay Area and didn’t know any jazz players outside of my family,” Murphy explains. “That’s when we really started playing together.”

Brijean identifies as a two-piece band, despite a good chunk of Feelings conceived through jamming with collaborators. But don’t call them a jam band.

“Some of those building blocks in the songs we were writing came from jam sessions we had with some friends, as opposed to everything being generated by just the two of us,” says Stuart. “Jamming definitely played a role in writing this second album. I think it’s something we’re still figuring out, but I was trying to steer away from calling us a ‘jam band.’”

Adds Murphy with a laugh, “We can change that word to improvisation if we want.”