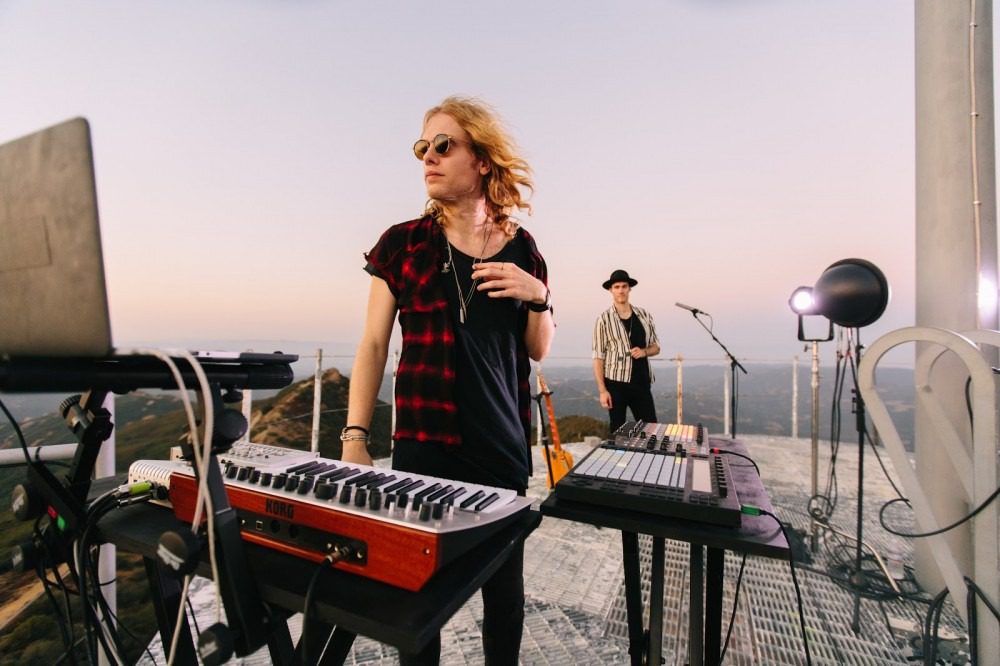 Electronic duo Bob Moses release Falling into Focus – Live 2020, a concert film of an hour-long set performed from an abandoned radio tower in Topanga, California, and directed by previous collaborator Owen Brown. The duo of Tom Howie and Jimmy Vallance also share a new live album of the same name today via Domino, featuring the entire set from the concert, plus an exclusive band version of the title track from their latest project, “Desire (Band Version – Live 2020)”.

Starting atop the skyscraping structure as night took over, Bob Moses slowly worked their way down the tower performing multiple sets in a variety of configurations, both as a band and in their original two-piece setup. The 13 tracks performed at the show highlight material from their latest project Desire as well as their previous albums Battle Lines and Days Gone By.

Of the film, Tom and Jimmy said, “We started 2020 thinking we’d spend most of the year in clubs and on festival stages. We even made a new record just for that purpose. Well plans change, eh? Despite the state of the world, we wanted to create a moment to share music and the community around it.  We were intrigued by live streaming, but our ambitions grew and we ended up with our first concert film and then our first live album.”