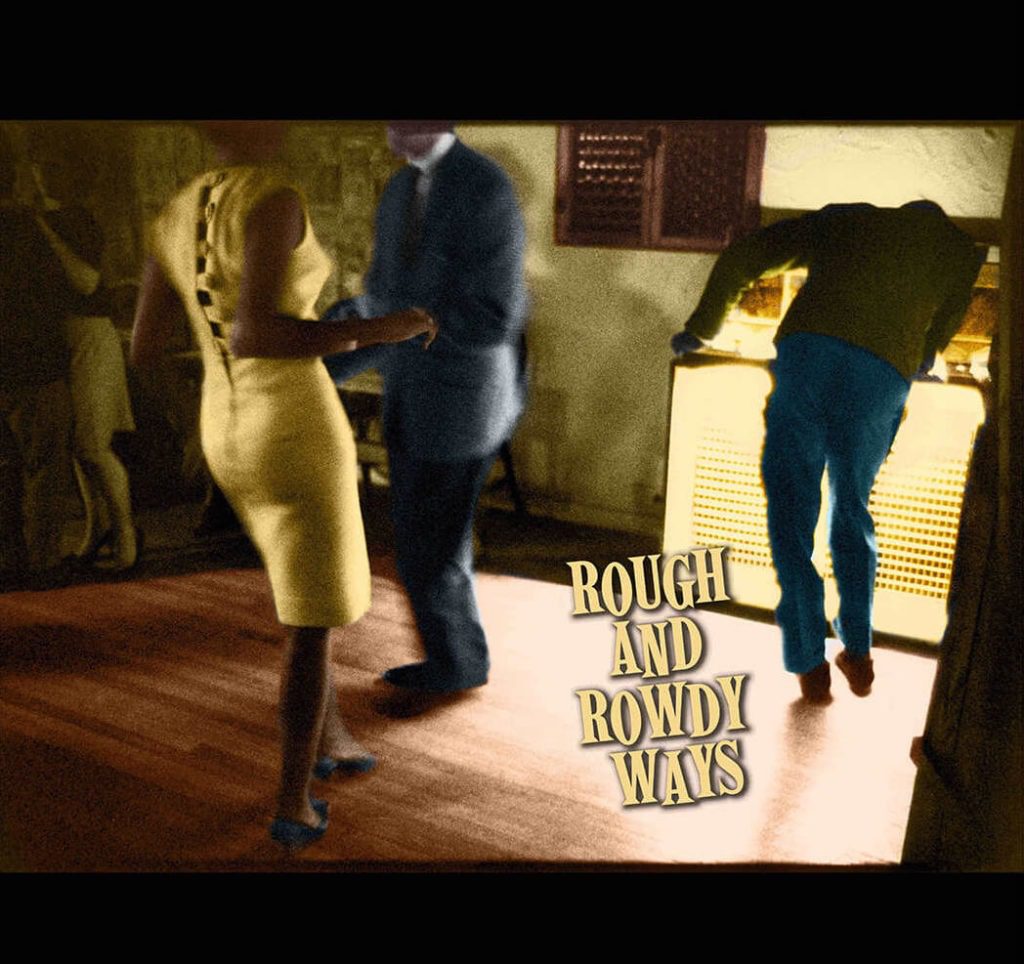 For six decades, Bob Dylan has proven completely peerless. His lyrics especially have redefined risk-taking and boundary-pushing in popular song. His eyes have always been on the horizon. On his 39th studio album, he looks inward to explore the undiscovered country of his own heart, mind, and creative process. Rough and Rowdy Days is a typically astounding, kaleidoscopic journey through the last half-century of American history.

The first hint of a new album came back in March when “Murder Most Foul,” a staggering, 17-minute orchestral elegy to John F. Kennedy, was dropped online with a typically cryptic message: “This is an unreleased song we recorded a while back that you might find interesting. Stay safe, stay observant and may God be with you.” It was Dylan’s first original song since 2012’s underrated Tempest, which was followed by three(!) albums of Frank Sinatra covers and American pop standards by a voice that was deemed unconventional decades before anyone used the word “creaky” in his reviews. “Murder Most Foul” has the honor of being the longest studio recording in Dylan’s winding discography — and being his first-ever number-one song on a Billboard chart (in this case, “Rock Digital Song Sales”). It easily stands on its own as a singular statement and didn’t initially signal a forthcoming album, especially since it was released during the early days of the pandemic.

As more singles arrived, it quickly became clear that Rough and Rowdy Ways would be a different kind of Bob Dylan album. It’s a catalog of styles, but less oblique than 2001’s pastiche-heavy masterwork Love and Theft. He fluidly morphs from song to song, purposefully tumbling backward through our shared history, cracking jokes as he shifts from rambling folk to roadhouse rock to western noir to delicate waltz with the supreme unflappability of an artist who has lived through rock’n’roll’s entire lifespan.

Rough and Rowdy Ways also does a lot of name-dropping. “I Contain Multitudes” alone references Beethoven, Chopin, Edgar Allan Poe, Anne Frank, Indiana Jones, and “them British bad boys, The Rolling Stones.” And “Mother of Muses” mentions Sherman, Montgomery, Scott‬, Zhukov, Patton, Presley, Martin Luther King, and Calliope. It goes on and on. While listmaking has always been a part of Dylan’s poetry (the album he called Self-Portrait was comprised entirely of covers), it’s never seemed more intimate or personal than it does here. He’s spotlighting many of the real and fictional figures who’ve impacted him along the way.

There’s a profound sense of gratitude flowing through this album, especially on “False Prophet,” a strutting blues number that seems to be purposely referencing “If Lovin’ Is Believing,” the B-side of a 1954 single by Billy “The Kid” Emerson. Emerson was a Sun Records artist whose material was covered by Junior Wells, Buddy Guy, and Elvis. Dylan’s song directly addresses the concept of appropriation and refers to his influences as “my fleet-footed guides from the underworld.” Ironically, “False Prophet” arrives as America is once again openly engaged in an investigation of the overwhelming debt it owes to black people as the protests ignited by the death of George Floyd continue. Hopefully, Dylan’s meta-interpretation of Emerson’s work will bring some additional attention and compensation to a groundbreaking, but often overlooked, artist.

“My Own Version of You” also looks at Dylan’s creative process but from Pygmalion’s point of view. Throughout his life and career he’s been “visiting morgues and monasteries / Looking for the necessary body parts” to build his art. Surreally, he insists he’ll “take the Scarface Pacino and the Godfather Brando / Mix it up in a tank and get a robot commando.” He goes on to name-check Leon Russell, Liberace, and St. John the Apostle. It’s Dylan playing Victor Frankenstein, sewing together limb after limb to build yet another misunderstood monster.

As with much of his work since 1997’s haunting Time Out of Mind, there’s also a clear preoccupation with death throughout Rough and Rowdy Ways, especially on “Black Rider,” “Goodbye Jimmy Reed,” and “Crossing the Rubicon.” But this isn’t an ending; Dylan’s just keeping it real. Like the Painted Desert, his work has always shown its layers. Even D. A. Pennebaker’s seminal 1967 concert film Don’t Look Back, which documented the first of many of Dylan’s career “peaks,” took its title from a Satchel Paige quote, “Don’t look back. Something might be gaining on you.” Well, Dylan lapped us a long time ago. He’s still sprinting far ahead. And now he definitely can’t be caught.