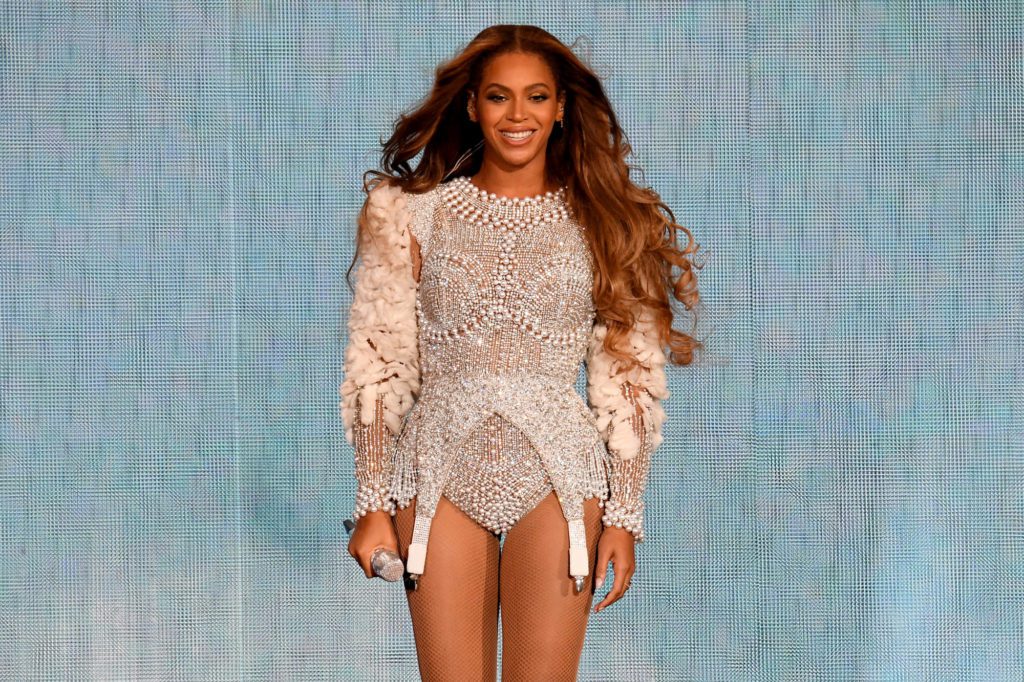 I told them it was in New Jersey. “Just a train ride away,” I said, which was a lie but, after spending an hour hitting “refresh” to get tickets, I couldn’t risk telling my friends where the concert really was. To be fair, Atlantic City is much farther from Manhattan than I thought. It wasn’t until I was buying bus tickets from the 15th stop, on the second train line, that I fully understood the journey we were embarking on. Or rather, the pilgrimage. It was the first night of her Revel Casino residency, May 2012.

Our seats were ridiculous—the payoff of my hour-long wait on the Beyhive—we were close enough to see sweat. And then, we were put under a spell. Hypnotized by an artistic masterpiece, an athletic feat, and the aptest definition of a show there is. Before us, was our hero, who was sometimes James Brown reincarnated, and sometimes a new mom who seemed to have deeply missed her day job. My friends and I were transported, high on Beyoncé’s ultimate gift: her ability to make the audience worship, not just the idol on stage, but themselves.

Later that night, Jay-Z tweeted that his wife was the greatest entertainer alive, and we learned the Obamas had been in attendance. My two friends and I crammed into a single bed in our casino hotel room, and talked about the show until we couldn’t keep our eyes open. Her emotional performance of “1+1”, the rare inclusion of “Schoolin’ Life”, a bonus track off of “4”, in the setlist, and her exceptional cover of “I Will Always Love You”, reverberated off the walls and played within us for days. Even now, as I click through YouTube videos, I am overwhelmed with warmth, my arms covered in chills.

Many before me have attempted to articulate the effect Beyoncé has on her fans. Like them, I find it hard to put into words. She’s been called superhuman and, while there is an undeniable magic to her, that magic is not inhuman, in fact, her humanness is what’s most powerful. It is her courage to share deeply personal songs and the guttural, yet expertly executed, vocals she employs to perform them. It is the incredible physical strength she demonstrates, as she reveals her greatest vulnerabilities and desires. Her God-like quality comes, not from restraint and stoicism, but rather from fearless expression of self. It comes from the way she stretches the edges of her mortal-ness to show us what is possible; to show us the God-like qualities we hold within ourselves, if only we are willing to put in the work to develop them. Watching her express herself without physical limitation, makes me feel like nothing could possibly hold me back; it expands my options and raises the expectations I hold for myself. As a young woman, that influence reshaped my self-esteem. I can only imagine what it’s done for young Black women.

Rozzi is an L.A.-based singer/songwriter with new music to come in 2021.