Ava Max on Bringing Us Heaven in a Year of Hell 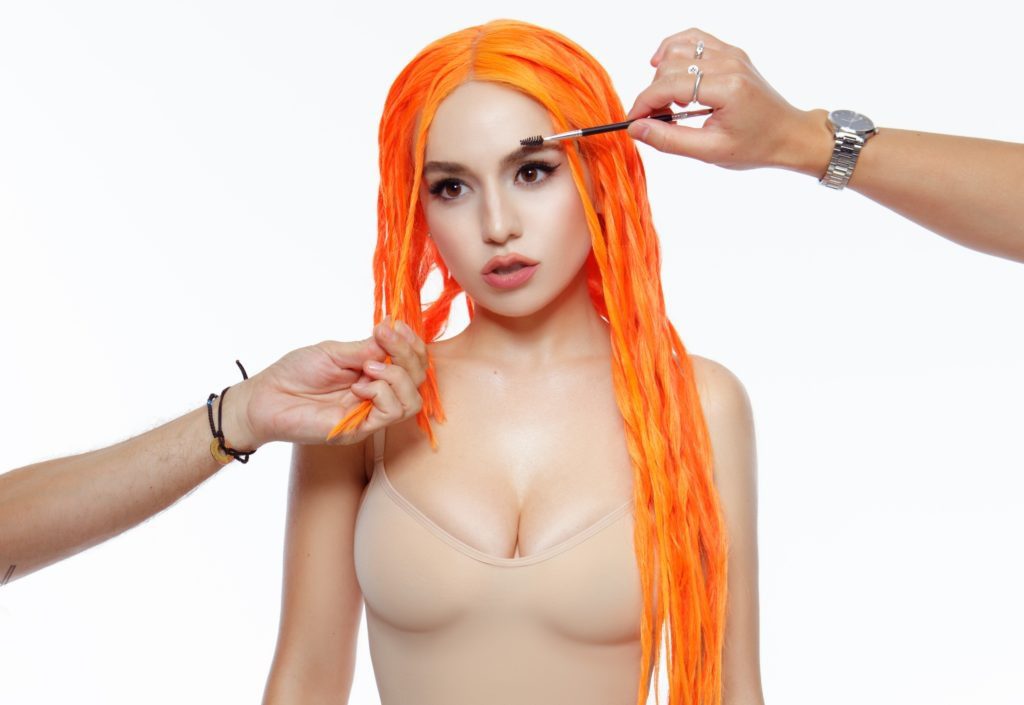 Friday marked the beginning of a well-deserved celebration for Ava Max.

After two years of building her musical resumé with a series of hits, the pop riser finally released her debut album, Heaven & Hell — fittingly enough, during one of the most hellish times in human history. And since a pandemic-stricken year isn’t necessarily the ideal time for an album release party, Max instead marked the moment just as one might expect: in the realest way possible.

“I’m probably going to scream at the top of my lungs,” she told SPIN on Thursday afternoon, just hours before the big day. “Then I’ll eat a lot of cake and probably spit it out because I’m screaming again.”

Jokes aside, Max opted to have friends and family close by for the occasion — something she’s been waiting for since she was 9 when she started to sing after idolizing her pop-superstar heroes like Mariah Carey and Britney Spears. That dream has since pushed her toward some of the flashiest and purest pop songs of the last couple years — including “Sweet But Psycho” and “Kings & Queens,” both of which broke Max into Billboard’s Hot 100 for the first time in her career, the former charting at No. 10 in 2018.

A two-year waiting game after the mega-success of Max’s two hits shouldn’t come as a shock. As a perfectionist, she obsesses over every little vocal inflection. With the album, everything just needed to click — every song had to be just as enormous as the last — or it wasn’t the record she wanted.

“The visuals and everything and getting the order of things to make sense is very important to me,” Max said. “If it doesn’t make sense, then I can’t put it out.”

SPIN caught up with Max about finally having her own debut album, why she opted for bigger pop tracks over ballads and what a record like Heaven & Hell can mean in 2020.

SPIN: A two-year wait for a debut after the first single isn’t very common in the industry today. How much of a role did patience play in crafting Heaven & Hell?
Ava Max: A lot of patience, actually. I think my hardest challenge is probably holding on to the music and not leaking it myself. That’s the biggest challenge.

It’s this pure, timeless type of pop — not really chasing any trends. It’s something you could hear in 2005, 2010, even 2030 and still enjoy it. How crucial was making this type of record, given it was a two-year creative process?
It feels like a long time coming because I’ve been singing since I was a really little girl, like around nine or 10 years old. All I’ve known is singing and writing songs, just being 100 percent invested in music. It’s been a long journey. And this debut album, to me, represents all the struggles and all the challenges that I faced to get to where I am. And I was not an overnight success like many people have thought. It was the absolute opposite.

“Sweet But Psycho” took off a bit internationally first. And that’s something that we saw with *NSYNC: They were huge in Germany; then they came here, and it took a while before they broke through. You’ve been able to have that success internationally as well.
It was an incredible feeling. Obviously the song charting in Europe — No. 1 everywhere — didn’t feel real. I thought someone was pranking me. I thought it was a joke, and when I went over to Europe for the first time, I remember each country I was going to — when I was in Sweden, it was No. 1; when I went to Norway, it hit No. 1. Then it felt real. I’m originally Albanian, so I definitely have a strong connection with Europe.

How about seeing what it did in the U.S.?
With pop music especially, New Music Friday did not have much at all. “Sweet But Psycho” was pretty much the only true pop song on New Music Friday. So I was kind of nervous. I thought, “No one’s really gonna like it,” probably because no one’s really used to my music right now. So you’re doing something completely different.

This record is all big poppy moments. Everything’s upbeat and fast, for the most part. What mindset were you in creating the record, and what drove you away from ballads or anything slow-moving?
I sang a lot of ballads going up, so who knows? Maybe I was sick of ballads by the time I was this age. But I definitely gravitated mostly toward upbeat music when I got a little older. Maybe if I do a ballad, it’s gonna be a whole album of ballads. I’m an all-or-nothing girl.

“Belladonna” has some crazy, crazy vocal layering. How huge is the presentation of voice in your music?
It’s so important to me, like every little aspect of it. I mean, we work really hard in the studio – Cirkut and I. He’s executive producer, and he’s really taught me a lot about the music industry. He’s been super successful for over 10 years at what he does, and he’s made a lot of pop music, so I’ve learned a lot working with him. It’s all about the little things, and it goes a long way when you pay attention to detail.

This idea of Heaven & Hell – the highs and the lows of life or a relationship – it’s all quite powerful, even the hell aspects of this project still being so poppy and big. Even those hellish moments where you may have been at your worst, how crucial was it for you to convey that with Side B of this project?
I think just the visuals and getting the order of things to make sense is very important to me. If it doesn’t make sense then I can’t put it out. So “heaven or hell” just feels like what we go through in everyday life and relationships and our careers. Even when we go and grab a coffee, do we want to add sugar or do we not? It’s like having an angel and the devil on our shoulder. Do you eat healthy or do you not? You can literally put that concept into however you’re feeling in the moment, and that’s what I love so much about the title and how it can kind of be a chameleon. It could kind of go into any aspect of your life because life is a roller coaster.

And you mentioned this being the right time for an album like this, the idea of everything being a little bit hellish right now. Can you kind of elaborate on that for me?
I mean, 2020 just feels like mostly hell because of all the news, but then when you really look around you see family and your relationships and how much you love your career. So then it feels more like heaven. So 2020 has been and hell ironically.