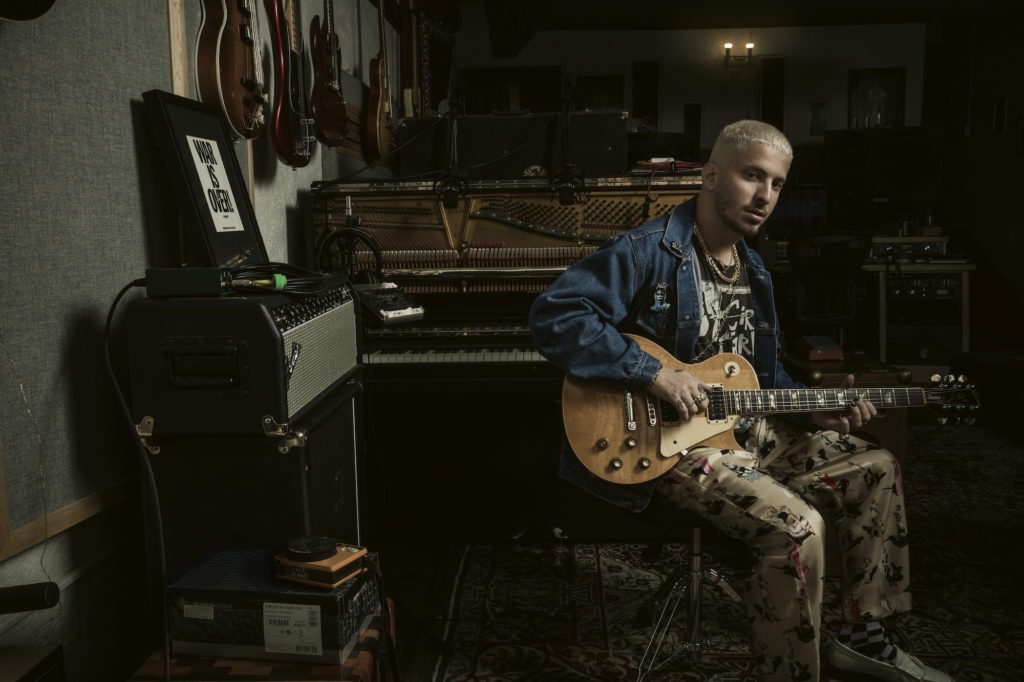 Andrew Watt has learned to accept change. The Long Island-born, L.A.-based producer has had a monster year, even if his body yearns for its younger days. “I approached it as a 12-year-old rock fan,” he says. “I sat in that role and was like, ‘OK, what does this kid think is cool?’ and all you want to do is turn up the music loud. I just tried to make the ultimate album for a rock band. And Ozzy gets to sing on all of this — it couldn’t have gotten any better.”

The seemingly off-the-wall Malone/Osbourne collaboration was inspired by something off a wall.

“This idea came from drinking with Post and listening to Ozzy and him buy a photo of Ozzy off the wall at the Rainbow [Bar and Grill in West Hollywood],” he recalls. “I asked Kelly [Osbourne] if Ozzy would ever do a song with Post, and she loved the idea. She kind of really facilitated it. Without her, it wouldn’t have happened.”

But Watt’s 2020 resumé included more than just rock royalty: He also collaborated with Miley Cyrus, Dua Lipa, 5 Seconds of Summer, Sam Smith and A Boogie wit Da Hoodie. Despite the eclecticism of that roster, he’s kept his writing formula simple and consistent. 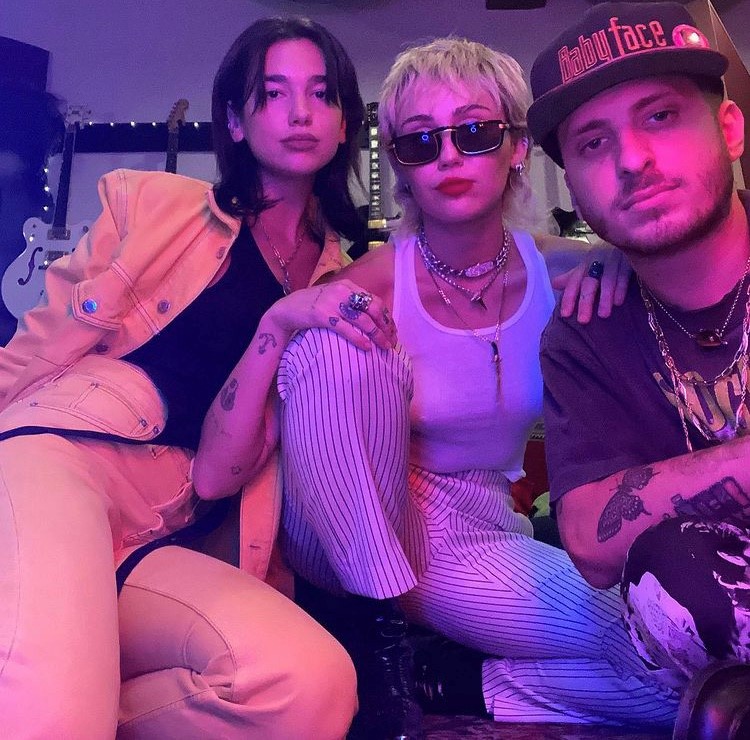 “I always make my music on a guitar,” he says, “and that’s just how I’m comfortable. That’s how I can make magic. Stripped down to a guitar and a vocal, it sounds the way it sounds. When you add production after, it could go any way.”

That approach served him well on A Boogie wit da Hoodie’s “Me and My Guitar,” a song he says took them 2o minutes to cook up.

This being 2020, not everything was so smooth this year. As momentum built following the release of Osbourne’s album, Watt was one of the first public figures diagnosed with COVID-19. He is still dealing with residual effects from the virus, which he says “really beat me up and made me weak for a while.”

“It’s a constant battle that gets better and better,” he adds. “After a while, after I got over it, I had this crazy fatigue. I had to change the way I was exercising and change the way I work. Instead of working from 1 p.m. to 5 a.m. seven days a week, I’m done at 9 p,m, and I’m getting more done. I’m definitely more balanced because of it. Rick Rubin told me to ‘Work smarter, not harder,’ and I like that.”

Despite his illness, Watt helped shepherd Cyrus’ well-received new album, Plastic Hearts. The duo gave a glimpse of their onstage chemistry during a pre-pandemic Doors tribute show in February, but their mutual trust manifested on Cyrus’ ’80s-inspired album.

“When she did ‘Say Hello 2 Heaven’ at the Chris Cornell tribute [in 2019] or performed [Metallica’s] ‘Nothing Else Matters’ at Glastonbury, people just lost their minds,” Watt recalls. “We wanted to make more epic music where she can sing and take it home with and capture it live on the recording.”

As for what’s next, Watt says that both Osbourne and Cyrus are recording follow-ups to their 2020 albums; he’s also working on his own solo album as WATT, plus a new Justin Bieber album that he’s “super excited about.” Watt says that Bieber reached out to him following his COVID battle to let him know he was making music again. They combined for “half an album” that Watt boasts is “some of the best music I’ve ever made.”

“That’s what’s so fun about what I get to do — it’s all ends of the spectrum, and it’s never boring,” he says. “No matter how many times people tell you ‘No, it’s not gonna happen’ or ‘no, it can’t happen,’ you got to just keep getting back up and fighting for your dreams because sometimes your dreams are a Post Malone-Ozzy Osborne collaboration with a guitar solo that gets played on pop radio. If I didn’t fight for that, it wouldn’t have happened, and it’s one of my proudest moments as a producer.”