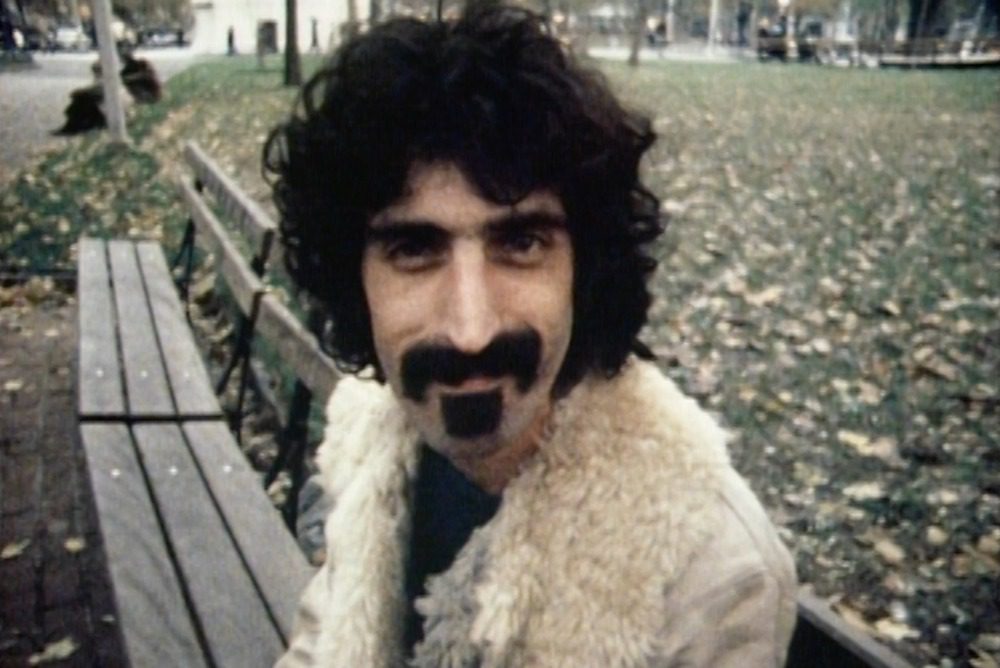 In 2016, Alex Winter launched the grueling quest of his latest documentary with one clear question: “Who the fuck is Frank Zappa?” After four years, a record-breaking Kickstarter campaign, numerous interviews and a mind-boggling “deep dive” into the late musician’s archives, he’s still no closer to an answer.

And he’s satisfied with that result.

“I’m gratified that I’ve gone through this insane [endeavor] but feel like I haven’t cracked Zappa,” he tells SPIN. “Because he elicits such a strong reaction from fans and detractors, I’ve met so many people who feel like they’ve got his number. I don’t have judgment against them — I just don’t feel like I’m one of those people.”

If anybody could have solved the riddle of Zappa, the most avant-garde figure even loosely associated with commercial rock, it was Winter. The actor-filmmaker — best known for his role as Bill in the stoner-friendly Bill & Ted franchise, including the recent third installment — had unprecedented access to unseen corners of the artist’s life: Shortly before her death, Zappa’s widow, Gail, gave him authority to roam free in the sprawling “Vault” that houses an ungodly amount of audio and video. Some of that content wound up in his finished movie, simply titled Zappa.

“When I pitched this to Gail, I didn’t know her at all, so I didn’t know if she was gonna like it or tell me to get the hell out of her house,” Winter says. “The thing I said that I think she liked is that I’d never perceived Zappa, even when I was young, as this rock n’ roll guy. He didn’t really fit into that lexicon to me. And he seemed like he had more in common with the original Spike Jones than Jimmy Page.”

To help paint a full portrait of Zappa — the virtuoso guitarist, the self-trained composer, the no-nonsense bandleader, the cultural controversy magnet, the anti-censorship spokesman — Winter launched a Kickstarter that almost doubled its initial target in three days. But as he realized how much film media was “dying” in the vault, the process became more complicated.

“We were on fire,” he says. “I went to the backers and said, ‘Look, we can allocate some of these funds toward maybe getting us started [making the documentary] or we can spend 100% of this money that isn’t going toward reward fulfillment on archival preservation. The backers unanimously said, ‘Please just save as much material as you can.’ It took two years over $1 million — and every waking hour of all of our lives.”

Assembling the movie was equally tricky, as Winter sorted through mountains of material to shape a coherent, compelling narrative — spotlighting the foibles and magnetic charms of a man whose mind remains too mysterious to fully grasp.

“He could be a complete and utter dick!” Winter says with a laugh. “Just like I can, just like most people can. But he could also be incredibly loving and compassionate and open and gracious and paternal. I found that the people who worked with him almost unanimously loved him to death. Even if they were still super pissed off at him for whatever reason, they had deep, deep love for him — not just admiration, not just begrudging respect, but actual love. He was a complicated person. He is the human condition writ-large, which is why he’s a great doc subject. He is all too the unknowables and paradoxes and contradictions blown up on this grand scale.”

Winter spoke to SPIN about this mammoth creative undertaking, his evolution as a Zappa fan and what fans may learn from his in-depth doc. 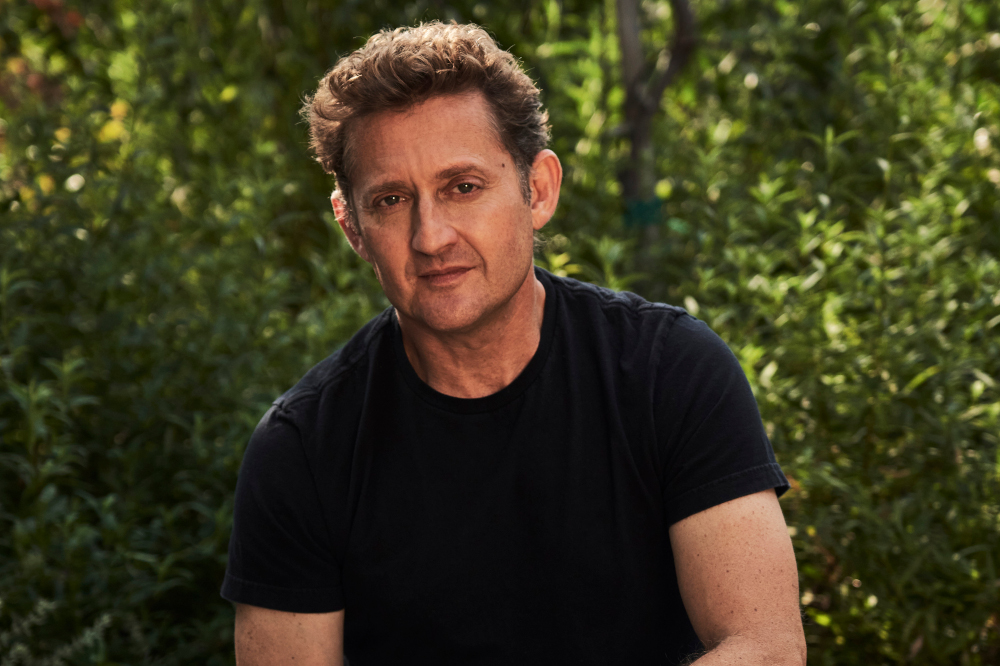 SPIN: There are many reasons people may be rediscovering Zappa in recent years: the Zappa Plays Zappa tours, a lengthy reissue campaign, loads of posthumous releases. But is there another, deeper cultural reason we’re in a Zappa renaissance?
Alex Winter: He was a real man out of time in a lot of ways — someone with all this musical knowledge who was using different tropes and genres. I used to get in arguments with friends of mine in college who’d say, “He screws up his music by putting sexy lyrics and comedy into it.” I was like, “No, that’s not right. It’s just an instrument to him — just like how Spike Jones would break a glass over somebody’s head at the right moment of a piece of music.”

This mix-and-grab culture we live in is very well-suited to a readdressing of Zappa. I have a 22-year-old kid who found Zappa completely on his own. I didn’t give him a single Zappa record. He was totally into Hot Rats and The Yellow Shark. He’s a YouTube kid — he grew up in a generation where he could be like, “What’s that? That’s cool.” Then the algorithms hit, and they’re feeding you all this stuff. People didn’t know what the hell to do with Zappa in his time. I think the times have caught up with him.

You wrote on Kickstarter that watching Zappa’s host SNL in 1976 made you a lifelong fan. Was that your first exposure to his work?
I have an older brother who’s a musician, and all my best friends had older siblings who were into Zappa growing up in the ’70s. I had this vague inkling of who he was. I’d probably been in somebody’s garage clubhouse or something listening to Apostrophe or Over-Nite Sensation. But the SNL performance really made me wake up and go, “There’s way more to this guy than I thought — he’s not just a guitar guy.” I was very interested in cultural figures like Zappa when I was really young — people like George Carlin and Richard Pryor and, later, Lenny Bruce and other people.

In the mid-’70s, it probably wasn’t dissimilar to growing up now. Everything was so destabilized. Every single night on TV, the Watergate hearings just went on and on. It was like, “Oh, my God. There’s no one running the store!” It was scary. Those kinds of figures were very comforting. They’re smart and funny and hopeful, and they kind of shine a light toward where we should be going. That was my first impression of Zappa.

I struggled for a long time with the more comedic, satirical aspects of Zappa’s work and gravitated toward his proggy, complex stuff. Now I think of everything as one big universe. Was that similar to your experience?
It was. When I was younger, I liked the more rocky [stuff] — Apostrophe was the album I remember going, “This is really cool.” As I got a little older, Hot Rats was really the jam for me. That’s when I was like, “This guy’s for real. There’s more to him than just another rock album than my brother’s friends have in their milk crate.” [Laughs.] It wasn’t until well after college that, in my opinion, I “got” Zappa in a personal sense. I was like, “Oh, he’s a composer — not even a rock musician.” As soon as that clicked in my head, the rest fell into place.

Do you have a favorite Zappa album?
If somebody put a gun to my head and said I head to pick my favorite Zappa album, it would probably be The Yellow Shark. Hot Rats would probably come in second. I’ve always loved avant-garde [music]. I grew up in a family where that was very prevalent. My mom knew John Cage personally — she was a modern dancer. The [avant-garde Zappa] was a gateway back into the other stuff.

That’s when I got the humor on a much more profound level. It struck me how he punctuated and syncopated lyrics and comedy. He wanted to elicit a certain response, which is very common for aggressive, avant-garde music. I believe he did want to piss people off — not in a shock value [way]. But in a musical way: “I’m gonna lull you in here, then I’m gonna fuck you up with some weird lyrics that unseat you.’” “Yes, I want you to be annoyed. Then I want you to be happy again! Now I want you to be mad!” I think it was 100% by design.

After making this film, is there a Zappa album or song you’d overlooked that you now have a new respect for?
I’ve done almost a six-year deep-dive at this point. I now have a much deeper understanding of the collision of doo-wop and classical and jazz. I really love the Synclavier stuff, which I never really got before. I have a much more comprehensive sense of him musically than I did going in. I [more deeply understand] how much of the music was brought to him by his collaborators — whether it’s Vinnie Colaiuta or Ray White or Ruth [Underwood] or Mike Keneally.

I loved your choice to end the film with a live version of 1979’s “Watermelon in Easter Hay.”
That song — the solo and the lead up to the solo — is so emotional, and I wanted to end on emotion. He was in a place where he’d really confronted a lot emotionally, both with the classical music and his cancer. And I just feel so much of Zappa’s emotion in that piece. I wanted to end wit that level — it’s like a Frank ballad or Frank elegy.

You have this beautiful interview where Ruth talks about playing “Oh No” on piano at Juilliard and how she can’t categorize that piece into any category. I imagine that was pretty intense.
Interviewing Ruth was one of my favorite experiences making docs. It’s one of those interviews where you strike at the heart of something. You sometimes chase that and don’t get it. It was very important for this documentary, given how opaque Frank can be to many people, to have a direct [path] in to his interiority, which Ruth gave us. I met Ruth when I was at the house back in the preservation/Kickstarter days because Gail had terminal cancer and Ruth was bringing her food. I knew from my research how smart and talented she was.

I honestly wanted to interview as few people as I could get away with — certainly not the cavalcade of celebrities you often get in these types of docs. I didn’t want a stream of famous faces telling you why Frank was important. I wanted people like Ruth.

Zappa was revolutionary in being vocal about the importance of voting. In the film, we hear him float the idea of running for president — how seriously do you think he took that idea?
I don’t think think he was gimmicky at all in his thinking. He had voter registration booths set up in the lobbies of the venues he was playing. You could really credit Zappa for spearheading the whole “Rock the Vote” thing and the whole voter registration drive through pop culture. He was instrumental, if not solely responsible, for that success — through constant labor on his part. He knew he wasn’t going to win the presidency, but he was very serious about getting that word out.

It’s a shame Zappa isn’t around to satirize the insanity of Trump and the COVID era.
What’s really funny about Zappa is the Zelig-like way everyone paints their political views on him. I agree: I think he would be very outspoken right now for the need to protect the democratic process. But I find that so many people have claimed him: hardcore lefties, Republicans, really far-right Republicans, Libertarians. I don’t believe for a hot minute that the even vaguely conservative libertarian or seemingly right-leaning sensibilities would be the way he’d go at the moment.

I think he was, at heart, a constitutional thinker and a great believer in the need for civic action and rights. And that kind of political thinking has gone so extreme since he was alive. From 1993 to 2020, a lot has changed. And I don’t believe he would’ve had any truck for that crap whatsoever.