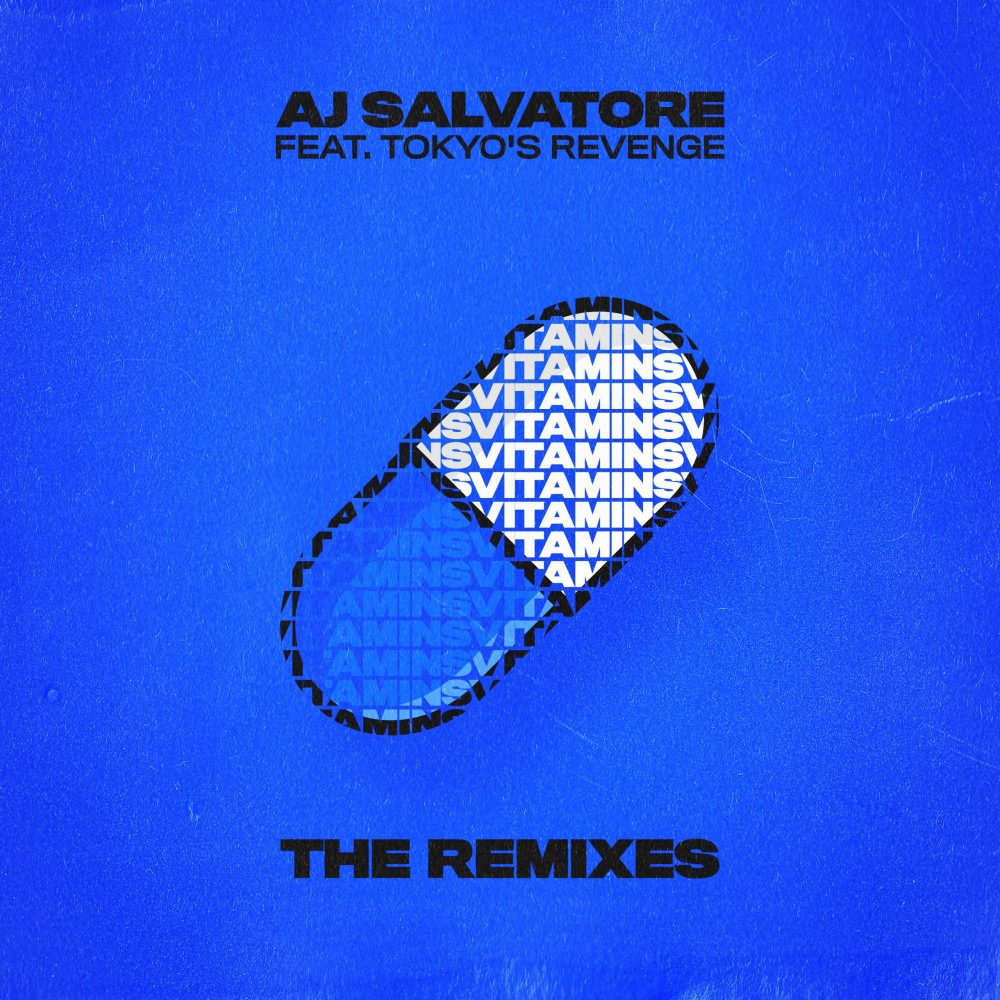 AJ Salvatore treats us to four refreshing takes spanning multiple genres of dance music. The individual remixes feature producers KULTIVATE, Squalzz, Dolla Bill, Chenda, and BXT – with each track bringing a unique and reimagined rework that creates a high energy vibe that comes at the perfect time as summer parties and festivals commence.

AJ reached out to me to put a remix together on his new track “Vitamins” and I was thrilled. AJ always comes up with super creative originals, so I knew I had to put my own spin on it. – Dolla Bill

“Vitamins” [The Remixes] include Philadelphia based Producer/DJ, KULTIVATE, who recreates the original by incorporating his signature heavy bass sound and hip hop influenced beats to his remix. Squalzz, the 21 year old producer hailing from Arlington, Texas gives us a unique blend with an irresistible bassline and mellow reggae beats, with piano chords found throughout. Dolla Bill, known for his modern house music, seamlessly blends together elements of heavy bass and hip hop to provide the listener with the ultimate club remix experience. Meanwhile, Melbourne-based crossover electronic music producer and vocalist Chenda (who’s amassed over +30M streams to date) turns the dial on his remix creating a high energy, vigorous and heart thumping rendition of “Vitamins.” Lastly to close off the remixes, Dutch DJ/Producer BXT brings a dark vibe with punchy drums and powerful bass design. No matter which style of music the listener gravitates to, there is something for everyone!

Hailing from Long Island, the now Los Angeles-based Billboard charting artist AJ Salvatore has had a wild ride of a career. While holding a background in music since his youngest years, the self-taught musician has gone on to play in multiple bands and performed live on the piano, drums, guitar, bass, and everything in between. AJ’s fondness for music led him to attend and graduate from Full Sail University with a bachelor’s degree in recording arts. The young 25-year-old has had releases under Universal, Sony, gone on to chart at #12 on Billboard Dance Club Songs, #19 in the US Viral 50, #21 in the Global Viral 50, and released official remixes for Lil Yachty, Paris & Simo, Bleona, and Shaun Frank on Ultra Records. He quickly found himself all over every major EDM publication, being interviewed by Huffington Post and EDM.com while racking up over 50 million collective plays, and featured on endless radio stations around the US and globe. After performing at EDC Orlando and also opening for superstars such as Quix, Borgeous, Carnage, Ghastly, Alvin Risk, Dirty South, Shaun Frank, and SNBRN to name a few, AJ Salvatore is known for his high energy performances that can get any crowd moving.