Adam Lambert on His First Live Album With Queen, Being Part of Band's Legacy 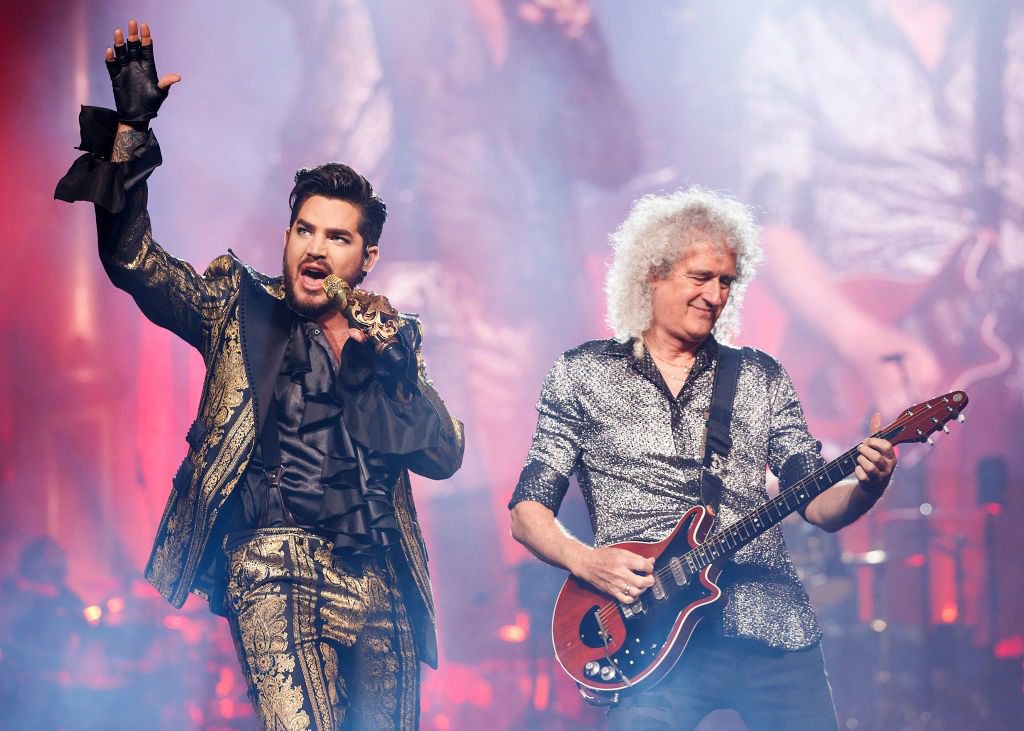 Adam Lambert, Brian May and Roger Taylor have touched down just about everywhere. So its only fair that their latest stop — into the homes of fans who saw the super collaboration postpone this summer’s European tour — reminds the world just how much of it they’ve really seen.

Queen + Adam Lambert’s Live Around the World will be the singer’s first live record in nearly a decade and Queen’s first since 1986’s Live Magic. And after nine years of touring with the monumental rock group, Lambert knows that May and Taylor determine the band’s legacy.

“When we do get into diplomatic decisions that we have to make, at the end of the day, they are Queen,” Lambert tells SPIN. “I usually sort of say what I have to say, and if I’m overruled, I don’t put up a fight. I have a lot of respect for Brian and Roger, and I think that they have a lot of love for their legacy. And that’s really important. [They’re] the legend that is Queen. I find myself always keeping that in the back of my mind.”

For the first time in his nearly decade-long run with the duo, Lambert is finally becoming a part of that legacy on wax. Live Around the World — a 20-track live album documenting shows played everywhere from Portugal to Japan over the last six years — is out Oct. 2 in multiple formats. The record features classics like “Under Pressure” and “Radio Gaga,” along with deeper cuts and rarities, including a reimagined take on Freddie Mercury’s solo track “Love Kills.” For May, Taylor and Lambert (bassist John Deacon retired from the music industry in 1997), it was quite a task collectively deciding what made the track list.

“At the end of the day, you can break apart all the technical stuff that we do,” Lambert says. “But I think we reached the conclusion that it needs to be just the best vibe and just needs to kind of somehow translate the feeling that our audience may have by watching the show and the magic that does happen.”

SPIN caught up with the singer about his hopes for future Queen shows — and jokingly getting larger sizes of his stage attire after gaining the “quarantine 15″ — and what the album curation process meant for the band’s now-familial relationship.

SPIN: With both of your discographies in mind, this is the most recently recorded Queen live album since 1986 and this is your first since 2011’s Glam Nation Live. As three guys who have all recorded live albums many years apart, what have you been able to learn from each other in its curation process?
Lambert: It’s exciting to boil down all these performances over the years and try to pick the definitive version of each song. And we’re all going to be focused on different aspects of it. I’m going to be picking apart my vocal, and I would have assumed that Brian and Roger would both be focused on their respective instruments, but we’re also looking at it as a big picture thing and getting into conversations. We were kind of going back into a business logic sort of memory lane thing, the three of us, and trying to boil down which performances [met] a number of different criteria. What was the most important criteria?
Queen has this huge list of amazing hits. And we know that first and foremost, fans come and they want to sing along with their favorite Queen song. We’ve always made sure that we include the big hits in every set we do. I think we approached the album the same way: This is the sort of boiled-down dream set, if we had to cut down our concert into an hour-long experience. And so we have the big hits; we have a couple more obscure things on there that we felt were very special … [There] are records that Freddie made on his own when he was solo, for example, like “Love Kills.” And it’s a very different sound. We really reinterpreted it into a ballad — a sort of a heartfelt song, as opposed to a dance track. So it does sound fresh … One of the other songs that we have is “Show Must Go On,” which they recorded right at the end of Freddie’s life. The lyrics are on the nose for what he may have been experiencing at the time. Brian’s told me that they never actually got to perform it live. That’s been a really interesting song for us to do — sort of to honor Freddie and also as a way to continue things. I always think in the back of my mind, “Is this something he would get a kick out of? Would he appreciate this interpretation, or, you know, the shoes that I’m wearing?”

Artists sometimes isolate the vocals on live records and turn crowd volume down a little bit. But of course, that would be impossible for a Queen show, and it’s pretty obvious when you hear “The Show Must Go On” that you opted not to. Was this a decision that the three of you were adamant about?
We really wanted the album to feel representative of the experience. We wanted it to feel like a concert, and I think knowing now that we’ve been all around the world as many times as we have and have done as many shows as we have, anybody that’s seen a performance will hopefully get a chance to listen to this and feel like, “Oh, yeah, that’s what it was like.” And then anybody that hasn’t been to one of the shows, maybe there’s some sort of preview into what that may feel like or sound like. And hopefully, if everything gets sorted with COVID-19 this next year, we’ll be back on the road again.

When exactly did conversations around this record begin for you guys? Was this a way to fill the void of your European tour cancellation?
The conversations did come up after lockdown began. We were all excited to work on something together in lieu of being on the road and put something together for all the fans that were probably just as disappointed as we were the things were being moved. So this was our little way of going, “Hold tight; we’ll be back.” We’ve actually been capturing footage for years now. There’s a live [visual] component to the album, which will be available in various formats. Finally, this footage has a place to live.

Has lockdown given you a new perspective on what you’d like to add to the live show or pushed you into thinking of new elements?
I’ve definitely gone up a couple of clothes sizes. So that might be a big change that we have to make. Quarantine 15! But to be honest with you, I miss being on stage; I love being onstage. It’s like plugging into a battery. For a minute there, it was nice to have a little downtime. And now I’m starting to get itchy. But perspective is good for me in the creative field. And this has been a really fun project to work on to kind of commemorate everything.

You’ve been busy in quarantine. Velvet dropped earlier this year and you’ve got this live record coming now.
I put out Velvet about a week before all the lockdown stuff started. So it definitely shot my project in the foot a bit, but at the end of the day, I think this is a time where people need the power of music to sort of help them escape a bit, to help them cope with everything going on. I really hope the album [allowed] my fans to have that moment to fantasize a bit, have a little escape. And I think that this collection of live tracks gives people something to distract themselves with.

The working relationship you built with Brian and Roger has revolved around touring and seeing the world. What does a live record do for that relationship?
It’s something new; we haven’t done this before. But I did find a lot of similarities in how we approach our live collaboration. It’s a very diplomatic relationship that we have together. We’re all opinionated; we’re all very patient with each other. And we hear each other out: Everyone’s opinion counts between the three of us, which is wonderful. I always say if they wanted it to be them dictating to me what we do, I would probably be fine with that. They are Queen. I know how much Queen has meant to you, especially as a young guy looking to forge his music path years back. You finally have a record with them. How do these career milestones hit you now as a veteran recording artist?
It sounds a bit clichéd. But I’ve seen a lot of artists come and go, and I’m very lucky that I still have my career, that I still get to do this, that I still get to make music. It’s the dream.