Celebrating 20 Years of Love and Heartbreak With Dashboard Confessional

It’s Valentine’s Day and Chris Carrabba is a few hours away from performing in front of a sold-out crowd at The Wiltern in Los Angeles in the midst of his band’s 20-year anniversary tour. On the table in the center of the venue’s green room sits a carefully curated assortment of themed cookies and Sweethearts candies adorned with the band’s lyrics and emblem — a thoughtful gift from his manager.

The Dashboard Confessional frontman strokes the neatly-trimmed, but substantial beard that makes him almost unrecognizable from the days of the clean-shaven, boyish face that flooded the hearts of millions in the mid-2000s. The 44-year-old songwriter has circumnavigated the world dozens of times with his three unique ensembles since first breaking into the mainstream with 2002’s “Screaming Infidelities,” but he’ll credit his profession with keeping him “perpetually young.”

Dressed in industry-standard black garb from his shoulder-length hair (about which he says “I think I’ll to continue to grow it out until people like it”) and leather jacket to the shoes on his feet, Carrabba walks backstage with a purpose. There’s a lot to tend to before the evening’s concert, and while he’s eager to get on stage, he knows that these fleeting moments of relative calm are his to savor before the chaos ensues.

Between appointments, Carrabba took time out of his meticulously curated schedule to reflect back on creating music that now transcends generations, the people who help keep him grounded and the hardest parts of navigating his career path. 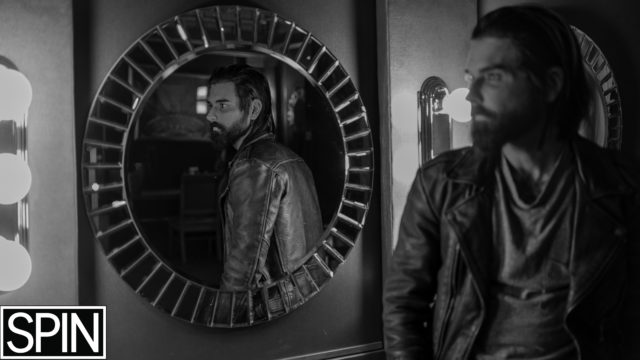 What’s been the key for you to stay so consistent as a songwriter and performer over the last 20 years?
Chris Carrabba: I didn’t want my career or the fact that I was in this industry to be the things that changed me. I really skewed far left of the things that people do as they start to get — I hate to use this word, but — famous. I made a huge effort to make my private life very private. I really never wanted to be in those magazines where it’s like “Look! Chris gets coffee just like everybody else gets coffee.” I just wanted to go get coffee. It was just a presence of mind that I needed to hold my friends who I grew up with really tight and I had a loose “No new friends” rule. There were going to be a lot of people who were just ready to take and not develop a friendship that was give and take. I was rescued from the pitfalls of popularity by my cynicism and pessimism, but that was great because it kept me in that place where I write best, and this aided the way the maturation of the music writing would go.

How do you go about producing music that feels current for you without potentially alienating your nostalgic fanbase?
There was a period in my career that I savor the memory of, and I knew it in that moment. It stretched from The Swiss Army Romance to The Drowning EP, The Places You Have Come to Fear the Most to the Summers Kiss and So Impossible EPs. It was a very pure period and those were very revealing songs. If there was a filter on what I was willing to say, it was pretty porous. I’ve tried to drive the machine there and discovered very early on that you can only write for who you are right now. I was a different person then. I find myself writing these songs that feel to me like a really logical companion to — in an emotional sense and in a presentation of song structure and instrumentation — to The Places You Have Come to Fear the Most. But I’m not the same kid I was then, I’m a different kid. I’m also a grown man and I’m also a guy who’s thinking that one day I’ll be an old man. I would say all you can do is hope that it connects the audience that chose you, but I’ve got a really good feeling about it.

Speaking of your long-term supporters, what inspired you to let them help select the tracks on your compilation album, The Best Ones of the Best Ones?
This would be much easier if I had hit songs, as you just pick the ones that charted and you put them on there and call it “Greatest Hits,” but I don’t have hit songs. I have songs that have moved people and I have some songs that have even moved the cultural needle to some degree, but my songs stopped being mine so early on. It goes like this: They’re mine, then I put them out and now they’re yours, then we finally get the chance to play together and they become ours. So who am I to pick the songs? I’m not the only voice — I didn’t feel that was fair. There are songs that surprised me and made the record that I wouldn’t have thought, so good thing I wasn’t in charge of picking.

Two decades into your journey together, what’s your relationship with bassist Scott Schoenbeck been like on both a personal and a professional level?
For a year, I was solo with nobody, then another year was with Dan [Bonebrake] playing bass, and now it’s been 18 years with Scott. He’s who I go to when I’m unsure of things — about songs, about sets, about tours. He’s who I go to when I’m excited about things. Man, I’m really lucky. Scott didn’t know Dan when he joined, but he knew that Dan was my best friend and went out of his way to make sure that Dan still felt like he was always a part of this band and the fact that they’ve become best friends is amazing to me. Sometimes on tour — no matter how great it is — there are the dog days where you catch a cold or you’re tired, or maybe you run out of steam, and he can rally you somehow! He’s just sheer positivity. When he joined this band, he was a snobbish, pessimistic indie rocker who could’ve written for any number of sites that lead with why everything’s terrible. At some point, he pulled me aside and said “Hey, I’m done with all of that. Can you believe we get to do this?” Left to my own devices, I’m kind of a workaholic and perfectionist. I would sit and do scales on my guitar the entire day if he didn’t drag me outside and say “Hey, doesn’t this feel good?”

Why were you inspired to buy the majority of Dashboard’s masters and what does it mean for you as an artist?
From a very early stage in my career, I realized that there’s one thing of paramount value: the actual songs you’ve recorded. When all is said and done, letting someone else own that is a tough decision. I have advice for bands who are really young and right on the cusp. Ask yourself what’s the most important thing as you make that jump from one tier to the next. What’s the most valuable thing you’re giving up and is it worth it for what you might get? You don’t have to take all the money. It’s hard, you know? They offer you money and it’s not even that you’re like “Wow, I’m going to buy a house!” Instead, you’re like “Wow, I can fund my band!” It’s always such a risk because it’s so expensive to run a band, so you’re only one failure away from being done.

There’s a quote that says, “You have as many hours in the day as Beyoncé.” When do you find time to balance your family, friends and — not one — but three different bands?
Regimentation. On tour, I do the same routine almost to the letter every day. I warm up my voice first thing in the morning, exercise, then I do guitar scales. I fit in the interviews I have to do all day and the press that I have to go away from the venue to do and fit in the people that I need to say hello and thank you to. It’s such a dense calendar. If I keep it regimented, just knowing everything will get done allows me to do everything else. I can go out in the audience and meet people, sit and write a song, or take a walk and listen to music that might inspire me. When I’m going to do it is not in the calendar, but I know that if I keep the regimentation going, the rest can just fall where it falls and I embrace it. 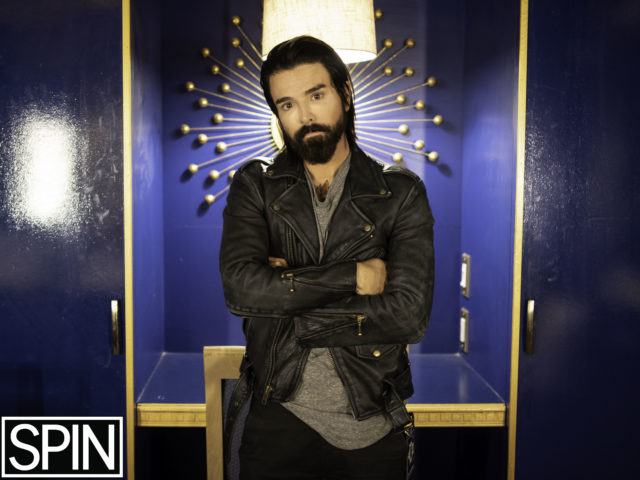 As you write songs, how do you determine which of your projects you want them to ultimately fall under? For instance, why is the robust “Vindicated” a Dashboard song while the gentler “Janie” is Further Seems Forever?
Generally speaking, I don’t have to think about it much because it just presents itself. Although “Vindicated” for Dashboard and “Janie” for Further could be flipped band-wise, sometimes it’s just important to have a different color on a record because it’ll amplify the rest of the record. Penny Black is kind of a raw record, and it’s very bombastic — as Further is. We definitely battered around the idea of making “Janie” loud and complicated, but we realized that having it way down would have more teeth by comparison. Everything has its right place and its own function. When it comes to Dashboard songs specifically, I really just know it’s a Dashboard song. I sit and hope for any song to show up on any given day. I love it when it’s a Twin Forks song, I love it when it’s a Further song, but as a songwriter, Dashboard is my most fulfilling endeavor, so that’s what I’m hoping for the most.

You’re putting together a supergroup. Who are you calling up to play with you?
I would pick — and I don’t know who would do what — any of the members of The Get Up Kids who want to join, Julien Baker, Kacey Musgraves, Brian Fallon [of the Gaslight Anthem], everybody that’s in Gang of Youths, and the entirety of The 1975. This would be a large band, but that’s who I’d pick. Oh, and Robert Smith [of The Cure] would write our songs.

Since the release of “Vindicated,” we’ve had two more Spider-Man 2 movies. How would you feel about having another Dashboard Confessional song in the Marvel Cinematic Universe?
That’s true! They’re going to integrate the Multiverse at some point, I hold that hope. I have a great relationship with the people at Marvel and I still work a lot with them. For my career it was huge, and I wouldn’t have expected to have gotten all of these lifelong friendships out of it. But yeah, I would like to have a song in another Spider-Man or any other Marvel movie.

Together, Centineo and Niles Mason and “Fearless”